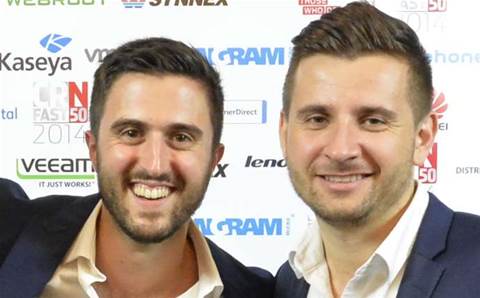 Sydney hosting provider Crucial has been sold to rival Digital Pacific, with its chief executive officer also stepping down.

A spokesperson for Crucial also revealed that Ijan Kruizinga has stepped down as chief executive, with former chief operating officer David Murray filling the role. The COO position is no longer mentioned on the company website.

"I am looking forward to our teams combining," said Murray. "Digital Pacific is one of the oldest and most respected hosting companies in Australia. The standard its team sets for the community is exceptional, and the Crucial team has a similar culture and ethos."

The two companies will continue as separate brands, employing 70 staff as a united entity. There are no planned buyout-related outages or changes for customers.

According to LinkedIn, former Crucial chief executive Kruizinga is now involved as a board-only director while taking a career break "to travel the world". He spent nine years at Crucial, initially as sales and marketing director, then as CEO for 15 months.

Crucial started in a Bondi bedroom in 2003 and was ranked number 42 in the 2014 CRN Fast50 with $4.2 million of revenue for the 2014 financial year, after 22.5 percent of growth. In February, the company recruited tech prodigy and founder of UberGlobal Michael McGoogan as chairman.

Digital Pacific, based in the Sydney CBD, was established in 2000 and states that it is a "100 percent debt free, profitable, customer orientated organisation with a solid financial history".

The deal continues a streak of acquisitions involving Fast50 companies, including last month's Deloitte takeover of Dataweave and Melbourne IT's purchase of Outware Mobile.