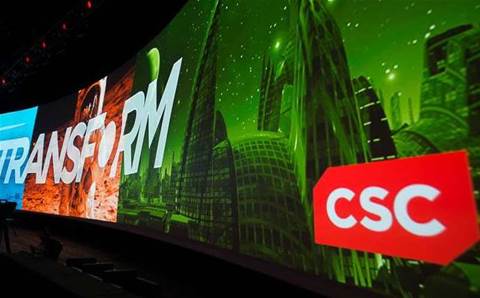 CSC's troubled year has shown up in its Australian numbers, with annual revenue falling by $127.2 million.

In the latest available figures from the Australian Securities and Investments Commission, CSC Australia reported sales of $724 million for the year ending 31 March, a 15 percent drop from the previous year's $851.5 million.

A CSC Australia spokesperson declined to comment on the company's performance.

The solutions provider has grappled uneasily with the transition to cloud computing, with global chief executive Mike Lawrie admitting in May that he "missed some of the dynamics associated with the acceleration to cloud".

"It is accelerating and had a bigger impact than what I thought it was going to have in 2015," said Lawrie said during a CSC's earnings call at the time. In February, he also attributed "execution missteps" for the continued revenue and share price slide.

CSC has been the subject of acquisition speculation since September, with Hewlett-Packard reportedly almost taking on the IT services giant at a market value of US$9.6 billion. The bulk of CSC would have joined HP's enterprise services business – another troubled entity that required HP to restructure at a cost of US$2 billion.

Locally the company has also been in the headlines for the wrong reasons, with cloud management subsidiary ServiceMesh accused of paying $2 million in bribes to Commonwealth Bank staff. The episode resulted in CSC executive Eric Pulier resigning in April days before he was due to be fired, with CSC subsequently suing him for fraud.

CSC Australia did have a recruitment win in July, luring renowned technology veteran Sam Johnston back from Europe to fill its ANZ chief technology officer vacancy. The local arm also announced a $13 million mainframe services deal with the Australian Electoral Commission back in September.

The company that began as Computer Sciences Corporation more than 50 years ago has over 2100 employees in Australia.

Unable to secure a buyout, the North American arm of CSC eventually decided to split off its government services business. The divorce is due to finalise in October.