CSC chief: Oops, I missed the acceleration to cloud 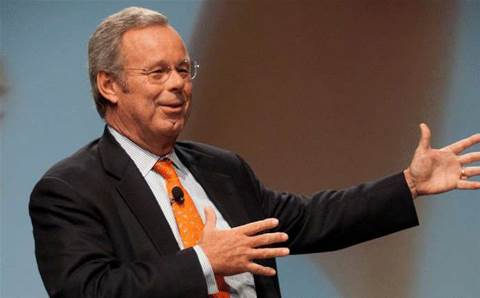 A broken-up CSC will face an uphill battle for both its commercial and government units, analysts say, with CEO Mike Lawrie admitting that he missed key IT industry shifts.

"I missed some of the dynamics associated with the acceleration to cloud," Lawrie said during CSC's earnings call last week. "It is accelerating and had a bigger impact than what I thought it was going to have in 2015."

Specifically, Lawrie said, he lacked insight into the willingness of customers to displace existing infrastructure for new infrastructure, as well as the shift in client buying patterns from larger contracts and big buys to smaller pilot experiments.

Analysts told CRN USA that CSC made the right move in splitting, but emphasised that CSC is far behind the competition in adopting recurring revenue technologies.

"If you're so soaked in the federal space that you look at cloud as impossible, you miss the inevitability piece of it," said Patrick Heffernan, a principal analyst at Technology Business Research. "I think this will be more traumatic for CSC than they think it's going to be."

CSC declined to make executives available to discuss the split.

CSC may be taking on the competition shorthanded, as the systems integrator plans to pay at closing a cash dividend of US$10.50 for each of its 141 million outstanding shares. Gard Little, an IT consulting and systems integration research director at IDC, said he feels the US$1.48 billion could be better spent fueling innovation and growth of its emerging technology portfolio.

"Did CSC not have a better use for that money in helping these two companies get started?" Little said.

JP Morgan, though, welcomed the dividend as a shareholder-friendly action and upgraded its rating on CSC stock from sell to hold based on the announced split.

Tien-tsin Huang, a senior analyst for JP Morgan covering computer services and IT consulting, wrote in a research note Wednesday US time that he expects CSC's valuation to be 13 percent higher as individual segments than as a single, combined entity.

"We believe the businesses should be relatively easy to separate and management expects minimal dis-synergies," wrote Huang, arguing that the the split unlocks potential for higher shareholder returns.

Wall Street has responded favourably to the announcement, with CSC's stock increasing 2.4 percent, to US$69.26 per share, since the news was announced after the market closed Tuesday US time.

But in order to capture that untapped potential, analysts said, CSC, will need to change its business model on both sides of the company.

CSC - US Public Sector needs to bring in consulting capabilities to separate itself from competitors such as Raytheon and Lockheed Martin in a heavily commoditised market, Heffernan said. CSC's government business has not invested heavily enough in consulting in the past, he said, but could turn over a new leaf if it's able to recruit real talent from Accenture, Deloitte and Lockheed Martin.

On the commercial side, Heffernan said, CSC needs to make a wholesale change in how it goes to market around digital, analytics and cloud. Although the company has highlighted its growth around cloud, big data and security, Huang wrote that legacy information technology outsourcing still makes up US$2.2 billion of business for CSC and is continuing to erode.

"They've been a lagger in terms of innovation and jumping on this transition (to cloud)," Little said.

Little added that CSC could benefit from partnering with professional services firm PricewaterhouseCoopers or Indian technology company HCL for some cloud leadership.

The two companies have diverging outlooks, with JP Morgan predicting that CSC's public sector sales will grow during the 2016 fiscal year (which ends 31 March 2016) by 1.4 percent to US$4.1 billion while commercial revenue will sink 6.6 percent to US$7.2 billion.

Similarly, Barclays wrote in a report Wednesday US time that CSC's public sector business would likely be valued at 8.5 to 9.5 times its US$604 million EBITDA (earnings before interest, taxation, depreciation and amortisation), while its commercial business would be valued at 3.5 to 4 times its EBITDA of US$1.51 billion.

This could become relevant if CSC decides to sell one of its companies. CSC was reportedly being pursued in February for a sale to private equity firm Carlyle Group and solution provider giant Capgemini; Lawrie said Tuesday US time that CSC is focused on moving forward with two market-leading companies rather than pursuing a sale.

Heffernan said CSC's government business could be of interest to a foreign-based company like Atos or Capgemini that's looking to expand its US presence, while the global presence and book of business held by CSC's commercial business could be appealing to companies such as Cognizant, Infosys and Tata Consultancy Services.

Little said he believes CSC's public sector business would likely be more attractive to prospective buyers as it's smaller, has higher margins and serves a base of government clients that are likely less compelled to immediately proceed with a digital transformation.

"By breaking up, CSC creates two separate entities that may be more attractive to prospective buyers," Little said.