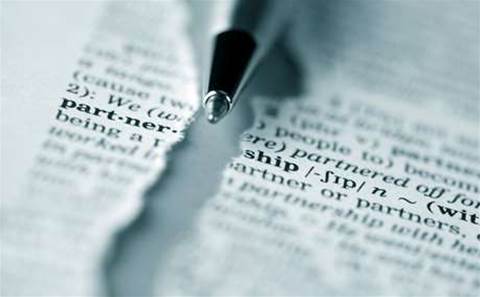 The split will be finalised by 25 October, with the company confirming longstanding rumors that the struggling systems integrator will be acquired, sold off or split up. CSC said during its earnings call that the split will allow each entity to pursue divergent long-term strategies more suitable for its respective customer base.

"There's a big difference between turning a company around and transforming a company," CSC chief executive officer Mike Lawrie said during the earnings call Tuesday. "This next step will allow us to transform these businesses faster than if they were together."

The larger company will be called CSC -- Global Commercial, will be led by current CEO Lawrie and will serve Fortune 1,000 companies and non-US government clients. The smaller entity will be known as CSC -- US Public Sector, and will be led by a to-be-determined CEO (Lawrie will serve as executive chairman) and will support the US federal, state and defense agencies.

Wall Street has responded very favorably to this announcement: CSC's stock skyrocketed 6.4 percent in after-hours trading Tuesday, to US$71.99 per share. The split was announced after the stock market closed.

In a news release, CSC chalked the separation up to the company's different growth profiles, asserting that the solution provider will be better able to serve unique customer needs and market requirements as two entities.

"As we were turning around the business, market shifts began to accelerate, creating in some cases diverging opportunities and diverging challenges," Lawrie said during the earnings call.

The announcement verifies a Reuters report which said CSC now sees a split as the best option after several attempts to sell itself in recent years. Reuters reported back in February that CSC was being pursued for a sale to private equity firm Carlyle Group and fellow solution provider behemoth Capgemini.

In answer to an analyst's questions during the earnings call, Lawrie didn't directly address a question about why CSC decided to pursue a split rather than selling off all or a part of the company. Instead, he offered this explanation: "Believe me, we've done a thorough analysis over a period of time and looked at different options," Lawrie said. "We felt that right now, at this point and time, this was the best option or transaction that could unlock value."

Going forward, Lawrie said, either side of the business could be sold off during the separation process through a Reverse Morris Trust, which combines a spinoff with a statutory merger to allow for a tax-free transfer of a subsidiary under federal law. Although there's nothing precluding a sale, Lawrie said, CSC is focused on positioning each of the new companies to compete well in its respective space.

The Global Commercial unit will have 51,000 employees, more than 1,000 customers -- including 175 of the Fortune 500 -- across 70 countries and 34 delivery centers around the globe. The US Public Sector unit, with 14,000 employees -- including 3,500 military veterans -- will be the third-largest IT provider to the federal government, and is expected to be a leader in the national security space, according to CSC.

"What we announced today would have been inconceivable three years ago," Lawrie said. "We didn't have the wherewithal to do it, or the capital structure to do it."

Virtually no overlap exists between CSC's public sector and commercial clients, Lawrie said. In contrast, Lawrie said, most commercial clients tap into both CSC's struggling infrastructure and its better-performing business solution units, making a split of those divisions into separate companies impossible.

At closing, Saleh said, the public sector unit is expected to have a debt-to-EBITDA (earnings before interest, taxation, depreciation and amortisation) ratio of 2.5-to-1, while the commercial unit will have a debt-to-EBITDA ratio of 1-to-1. This ratio indicates how many years it would take for a company to pay back its debt assuming net debt and EBITDA held constant.

Costs associated with the restructuring are expected to run US$50 million to US$75 million, as Lawrie said CSC has been operating for quite some time in a way that would allow a split to easily happen. To wit, Lawrie said, the public sector and commercial businesses already have separate financial, communications and human resources staffs, meaning all the restructuring costs are one-time in nature.

CSC is the fifth major technology company to announce a split over the past several months in response to market pressure from the shift to cloud computing. Other technology companies announcing split or spinoff plans include Hewlett-Packard, Symantec, IBM and eBay.

Eliminating departmental friction within MSPs
By Michael Novinson
May 20 2015
1:16PM