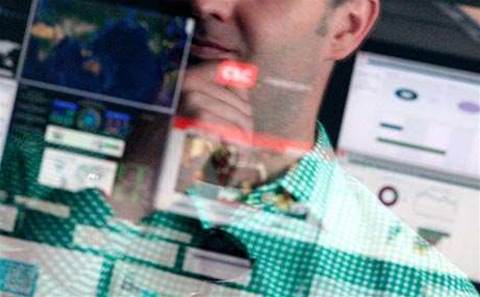 Global IT service provider CSC has suspended the former boss of its ServiceMesh business Eric Pulier amidst the subsidiary's alleged involvement in the Commonwealth Bank bribery scandal.

ServiceMesh was revealed to be the technology supplier at the centre of bribery allegations that have seen two former IT executives at CBA charged.

Keith Hunter and Jon Waldron will both appear in court Wednesday charged by NSW Police with receiving $2.1 million in allegedly corrupt payments for favours to ServiceMesh.

The company - prior to its acquisition by CSC in late 2013 - was awarded a lucrative contract with the Commonwealth Bank to build the foundation of the bank's core banking modernisation.

Part of CBA's $1 billion core platforms overhaul involved the construction of a large-scale private cloud architecture, which enabled IT to deliver everything as-a-service.

Hunter is alleged to have awarded the valuable deal to ServiceMesh without taking the work out to tender.

Aside from CBA, ServiceMesh's other biggest client at the time was payments giant Visa - Hunter's former employer, where he last worked as its global head of operations.

At the time the allegations came to light, CSC said it was taking the matter very seriously and conducting its own investigations.

A spokesperson on Tuesday confirmed former ServiceMesh CEO and CSC head of strategy for the company's emerging business group, Eric Pulier, had been suspended.

The spokesperson said Pulier would remain suspended while CSC conducted inquiries into him and a charity he is understood to have founded called ACE Foundation.

ACE Foundation is alleged to have made the payments into Hunter and Waldron's bank accounts.

The accused former CBA workers will appear in a Sydney court Wednesday.

Grow your software revenue by selling these 5 affordable, essential tools for the modern workplace
By Allie Coyne
Mar 31 2015
1:46PM