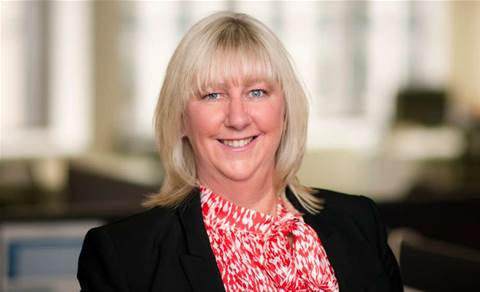 CSG has hinted at further plans to expand its empire beyond printers and PCs into managed cloud services.

The Brisbane-headquartered solutions provider has been in a two-year transition from providing just multifunction printers to diversifying into mobiles, tablets, notebooks, UC, large format displays and office supplies.

Now that transformation is seeing the large provider move into the cloud business, with plans for its "typical" customers to take up cloud applications.

Managing director Julie-Ann Kerin revealed some of what's to come in a presentation at the Morgan Stanley 2015 Australian Emerging Companies Conference last week.

She described a busy half-year to 31 December in which CSG "went live with a new cloud-based IT platform". The CSG website currently mentions a desktop and application virtualisation offering in conjunction with Samsung.

Projects still to come in the current fiscal year included the "soft launch of new IT services in New Zealand" and the recruitment of specialised staff for a managed services offering within the enterprise business. Kerin also mentioned further development of the "online transaction model with a direct link to the Samsung website".

One of the firm's major activities is in lease financing of business equipment. Kerin revealed at the 16 June event that CSG had acquired $11 million worth of lease receivables from Capital Finance Australia Limited.

CSG Finance, the arm responsible for the leasing business, will finance 80 percent of CSG's customers after the CFAL acquisition.

Kerin also spoke of major contracts in both Australia and New Zealand in the education and government sectors, although no further details were given.

CRN contacted CSG for this story but the company declined to comment, citing a "blackout period".

Also in the first half of the 2015 financial year, CSG moved its Sydney branch to a new office on Pitt Street "due to growth in the business".

The high level of activity was well reflected in the company's six-monthly numbers reported by CRN in February – net profit after tax was up 42 percent to $7.6 million and revenue was up by $13 million for the period ending 31 December.

For the 2015 full year, Kerin predicted revenue would exceed $220 million, climbing back towards the glory days when CSG reported $300 million in annual sales before the company sold off its IT solutions arm to NEC in 2012. The last financial year saw CSG make $199.2 million in revenue, and $3.4 million in net profit.

"Attractive industry fundamentals have prompted a number of businesses – including JB Hi-Fi, Vita Group and Staples – from adjacent sectors to look at the commercial sector," said Kerin, while touting CSG's strong relationships with Samsung and Canon "to provide an end-to-end technology solution to organisations of all sizes".