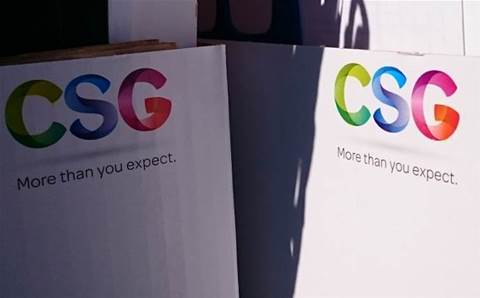 CSG's review into its finances has found $2.6 million in bad debts, resulting in improvements to its credit assessment processes.

The debts were from three customers outside of its core credit segments that fell into liquidation, resulting in a one-off impact of $2.6 million.

CSG 2021 began earlier this year as an effort to “re-invigorate” the company’s culture and change they way it engages with its staff. As of this year, the program saw changes in staffing and efficiencies.

CSG has cut $7.7 million in costs through staff reductions from its decision to exit the enterprise business in 2018, as well as other changes in operations.

The company is expecting to reach its target of $10 million in inventory reductions, which includes procurement efficiencies, right-sizing inventory holding levels, warehouse operating efficiencies and the use of third party logistics services.

Ahead of the conclusion of the 2019 financial year, CSG expects to achieve the lower end of its previous underlying FY2019 EBITDA guidance range of $17 million to $20 million, representing a 70 percent increase on FY2018's underlying EBITDA.

CSG 2021 also saw the departure of Julie-Ann Kerin as chief executive in March, with chairman and executive director Mark Bayliss taking over as acting CEO.

CSG struggled with its transformation program after making the decision to transition from a managed print specialist to an end-to-end IT provider in 2015. The company then decided to exit its enterprise IT business last year as net losses tripled to $150 million in FY18, and also restructure its SME and enterprise segments into four solutions-based practices: print, technology, finance and other.