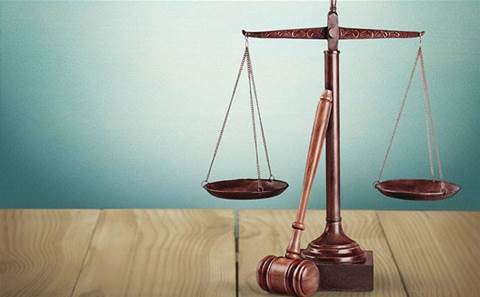 The former general manager of CSG has sued the print and IT service provider over claims he was unfairly dismissed.

Forrester Leahey filed proceedings through Fair Work Australia in the Federal Court on November 2016, arguing CSG had contravened the Fair Work act when it terminated him in August 2016.

CSG argued that Leahey missed sales targets and also pointed to an altercation with one of the company's sub-agents as justification for the sacking.

In a letter submitted to the court, CSG claimed Leahey had “fallen considerably short” of his sales targets for the 2016 financial year.

“Comments that you made to senior executives on separate occasions over recent months that your motivation and energy for your current role was low, cause me great concern about your continued effectiveness in the role,” the letter read.

The letter also cited Leahey's involvement in an “incident” on 7 July 2016 in Brisbane, where CSG alleged Leahey had used “inappropriate physical force” against one of its sub-agents.

Leahey argued CSG had not told the whole truth in its reasoning for his termination. He alleged that the termination constituted adverse action by CSG against him because he exercised “one or more of 11 workplace rights” and that it contravened the Fair Work Act.

These workplace rights included the right to the company’s annual bonus and the right to a redundancy payment. Leahey alleged CSG did not pay him the workplace-agreed incentive for the 2015 and 2016 financial years, and sought a sum of $94,003 plus statutory interest.

In previous hearings, it was determined that Leahey may be entitled to receive this amount, after the court determined he was not a “bad leaver” – defined as somebody who had committed wilful misconduct, a material breach of terms of the contract of employment, gross negligence, or other conduct justifying termination of employment.

Judge Lee determined that the incident in Brisbane cited by CSG as a reason for Leahey’s dismissal was not severe enough to have justified summary dismissal. With limited evidence, the court also heard Leahey was provoked by the sub-agent involved.

The judge concluded that Leahey would be entitled to damages.

Judge Lee proposed to list the proceeding for a case management hearing on 29 September, in which time the parties can either reach an agreement or allow the court to hear further arguments and decide on damages and potential costs.

Leahey, whose LinkedIn currently lists him as an agent with Fuji Xerox, is not the first CSG sales agent to filed a suit against the company. In December 2016, Trevor O’Brien of Tazaa alleged CSG breached their sales agreement and caused $500,000 worth of loss and damage.