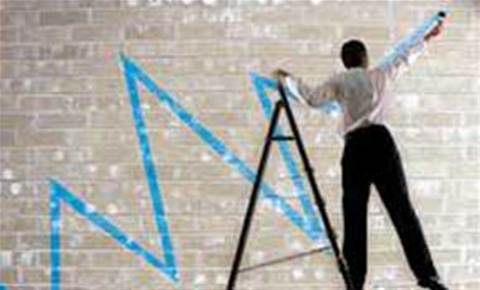 Two different deep dives into the global MSP world paint a picture of robust health, but with some emerging warning signs around valuations.

On the one hand, a survey by Barracuda suggests there remains a huge global appetite for managed service with global services-related MSP revenue set to increase by over a third in 2022 compared with 2021.

That's based on a survey of 500 decision-makers and knowledge workers from managed service provider (MSP) organisations in countries across the North America, EMEA, and ANZ regions, with between five and 250 employees.

But a separate analysis by ChannelE2E suggests that the global retreat in technology valuations is starting to impact the MSP market with the site suggesting valuations may have peaked in the first quarter of this year.

While the valuations for smaller MSPs of up to US$1 million in size are still trading at up to 5 ties earnings multiples, ChannelE2E suggests that larger of $2 million or more have seen a steep decline from 10-14 times ebitda to just 7 to 9 times earnings, bring them back closer to their smaller peers.

With technology markets in retreat, and a likely liquidity crunch looming, the pressure on valuations is like to remain.

According to an analysis by investment bankers Singapore based Northridge Partners, "The recent mega growth cycle for tech stocks, fuelled by the Fed, the impact of global digitalization, and the growth of the Chinese economy, delivered a sustained bull run.  Add to that a COVID-inspired need to do everything online, and you had the recipe for a massive spike in all things tech.  So when the pandemic hit, a huge number of second and third-tier tech stocks lifted off."

But now they say the story today is very different. "It seems that the laws of economic gravity remain. From their pandemic peak to today, share price falls of 70-80 per cent aren’t just common, they’re the norm. Even the established Big Tech stocks like Alphabet, Meta, Microsoft and Amazon are down an average of 30 percent from their peaks."

According to NPR, while in the aftermath of a price correction, the data initially suggests that liquidity increases, that may simply reflect investors heading for the door.

"After that initial burst of liquidity, there is likely to be a sustained period where funding is either hard to secure, or is only available on tough terms. Put simply, after a massive run-up, the balance of power has shifted from the founder to the investor.

On the upside, Barracuda's survey suggests customer demand is holding up.

The views of MSP about the opportunities and challenges are consistent throughout the survey of the different regions when it comes to service provision and similar pressures from customer expectations.

Among the key findings of the report;

Based on feedback from MSPs the survey predicts growth in managed services revenues to remain strong through 2022.

That accords with the experience of Matt Fabri, founder of Adelaide based MSP Opsys who told CRN, "I honestly believe that over the next 12 months, it's going to be an explosive year for Opsys. We've been gearing up based on the fact of our R and D and the build-out of our internal capability."

"We've built a completely sovereign cyber capability that we've integrated with our it servicing. So where I think a lot of our growth is going to come from is that mid their market that actually understands that cyber is a major issue. Their directors and board are worried and concerned about it."

According to Craig Stuart, principal consultant at Arinco, the fastest-growing company on the CRN Fast 50, the pandemic was certainly a big driver of growth over the last two years, however, he flags the war for talent as a key driver going forward.

“So many organizations that we work with workplace and workplace technologies are a key differentiator, enables them to attract and retain people."

Having a great workplace experience — remote working and that great collaboration experience  —but also the newer talents [helping with] stable infrastructure or good user experiences like self-service and all the automation capabilities. That's what really differentiates an organization and enables them to attract and retain."

"That’s definitely been a driver along with the obvious impact of remote working," he told CRN Australia.

Meanwhile, according to the Barracuda report, MSPs expect revenues to grow by over a third in 2022, with average revenues predicted at $12.12 million this year, compared with $8.93 million in 2021.

And while managed services are not the sole source of revenue for many respondents, service provision is on a growth trajectory, say the report authors.

"In 2021, 53 percent of respondents’ income came from services, and this is predicted to rise to 63 percent in 2022. On average in 2021, respondents’ service offerings increased by four services, but in 2022, 94 percent expect their services portfolio to increase by an average of six services."

The massive and accelerating shift to digitised business is also having a detrimental effect on the well being of some staff.

"Employee burnout is a growing concern with fears of cyberattacks on the rise. MSPs will have to focus more on employee wellbeing to stay successful."

Nearly one in six respondents said the average employee is highly stressed, while 56 percent described stress levels as moderate.

Rising customer concerns about cybercrime are only creating even more pressure on the MSP to deliver."

And, the report suggests there are rising concerns over regulations and compliance with barely a third of MSP suggesting they are confident they are fully up-to-date and compliant with these regulations.

"Another 36 percent believe that there are too many cybersecurity regulations to comply with. It is no surprise that 89 percent felt their organizations needed further support and education around these regulations. Ultimately, failure to address these issues could lead to both workforce performance and customer service problems further down the line, : according to a Barracuda spokesperson.

Writing in the report, Neal Bradbury, SVP Barracuda notes, "For many businesses a key challenge is knowing what strategy to implement in order to enable the company to grow. This is indeed the case for managed service providers (MSPs) as well,  with such a wide range of potential services that they could offer, it can sometimes be a difficult decision choosing which avenues to pursue.

But, at this point in time, he suggests the decision has partially been made for them.

"Cloud-based offerings – regardless of whether they are used in isolation or as part of a hybrid set-up – are the flavour of the month and could continue to be for many years to come. when the pandemic struck, customers were forced into leaning on cloud-based services to ensure that they could remain operational, and it seems that the benefits of cloud technology will continue to be tapped into in the aftermath of the pandemic as well."