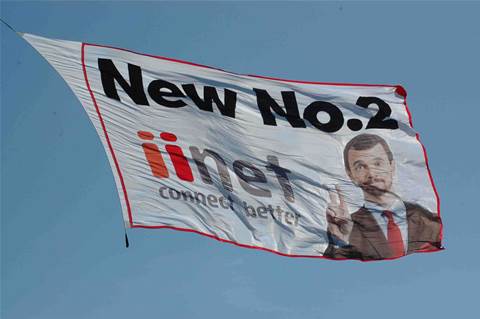 TPG has published its 2019 annual report (pdf), revealing frustration at regulatory decisions that impact its business, further staff cuts a surprising rebound in some revenue sources.

Company chair David Teoh characterised FY 2019 as “a difficult year” for TPG due to the ban on Huawei contributing to Australian 5G networks and the Australian Competition and Consumer Commission’s (ACCC) decision to oppose its merger with Vodafone Hutchison Australia.

The Huawei decision meant TPG lost its upgrade path for its planned 4G build, meaning the network rollout “made no commercial sense”. Teoh said he and the board remain “hopeful” the Vodafone merger will be allowed to proceed, on grounds that it will enhance competition. He explained that  proposition by suggesting that the spectrum and cell site assets TPG acquired when planning its own network will create a combined entity that is a more robust competitor to Optus and Telstra.

The annual report also revealed further job-shedding in the organisation. TPG ended FY 2019 with 4,776 employees, down from FY 2018’s 5,056 and FY2017’s 5,366. In all three years the company attributed the falling headcount to “the continued integration of iiNet”.

Those job cuts may be needed because TPG has struggled to find growth.

The annual report details underlying FY 19 revenue of $2,477 million and underlying EBITDA of $818.4 million. Both were down on FY 18’s figures, but the company asserted this was a good result as the EBITDA drop was only one percent, which was better than advised, and the company had NBN-related headwinds of $76m.

And some of those headwinds might be easing: the report noted that broadband revenues increased, even as subscriber count fell slightly, thanks to average-revenue-per-user being higher for NBN services than the DSL services they are replacing.

But the annual report mentions TPG’s “lean” operations, especially in its consumer division, as helping it to navigate its regulatory and competitive challenges and positioning it for future growth by keeping costs low.