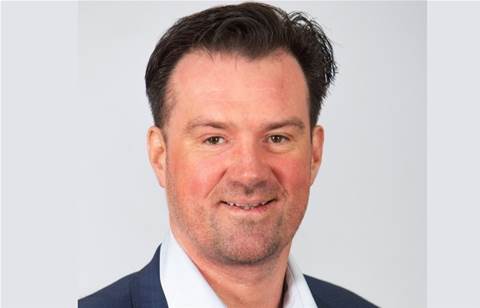 Bruce Nixon, the Australia and New Zealand partner manager lead for cybersecurity and identity management vendor CyberArk, has revealed he has left the company after close to six years in the role.

Nixon revealed the move on LinkedIn, saying he would be moving on to new challenges elsewhere within the industry.

In a statement from CyberArk, a spokesperson told CRN, "CyberArk can confirm that Bruce Nixon is finishing up at CyberArk and that they are actively seeking a replacement."

“It has been truly the most challenging and rewarding role of my career so far and without a hint of cliché it was a very difficult decision to make,” Nixon’s post read.

“I feel like my time at CyberArk has taught me a huge amount about cyber security and identity management. The DNA of CyberArk and the laser focus on the “think like an attacker” mentality will stay with me as I move on to new challenges and continue to fuel my curiosity in this constantly evolving industry.”

Nixon also thanked CyberArk partners, who he said played “such a pivotal role” in the growth of CyberArk in Australia and New Zealand.

“Partners have provided, deployed and supported many of the most important and sensitive systems across enterprise, Government and critical infrastructure in A/NZ. By implementing privilege access management solutions, they have significantly improved the security posture of all these environments and have made a real and tangible contribution to the security of these organizations – and by extension Australia and New Zealand,” he said.

“So, for all the partners, managers, sales, presales, delivery and support folks that have contributed to this success – thanks.

“This goes equally for my colleagues at CyberArk, thanks for your support, guidance and friendship over this time and I wish you all the best in the future.”

Nixon joined CyberArk in 2016 as ANZ partner manager lead, managing the company’s IT channel ecosystem across the region.

Before CyberArk, Nixon was account executive at FieldAware from 2014 to 2015, ANZ channel manager at Aruba Networks from 2010 to 2014, enterprise account manager at Juniper Networks from 2007 to 2010 and APJ sales manager for operational services at Symantec from 2003 to 2007.

Grabbing the hybrid cloud opportunity with Lenovo and Azure Services
By Nico Arboleda
Dec 8 2021
10:52AM