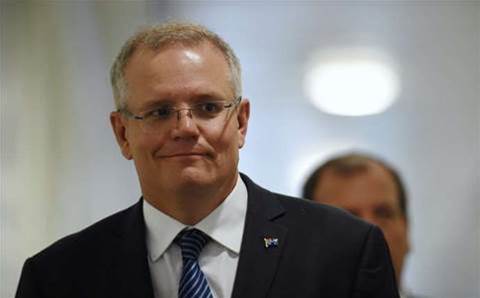 Australia's new prime minister Scott Morrison has removed the cybersecurity ministry from his first ministerial line-up, while a handful of ministers that resigned last week have already returned to cabinet.

Revealing his new-look ministry on Sunday afternoon, the role of minister for cybersecurity was absent. Morrison, however, suggested that returning home affairs minister Peter Dutton, who also resigned from his ministry last week after his first failed tilt at the prime ministership, would be charged with the country's cybersecurity.

“Minister Dutton, as the minister for home affairs, will be focusing on everything from cybersecurity through to law enforcement, border protection, security agencies, and he’ll have his focus more principally on these security tasks,” Morrison told media on Sunday.

Former prime minister Malcolm Turnbull introduced the cybersecurity ministry in 2016 as part of his national cybersecurity strategy, which focused on better threat intelligence sharing between the government and businesses.

The cybersecurity ministry was left vacant on Thursday when then-minister Angus Taylor announced his resignation alongside 12 other ministers on the basis of their support for Dutton's leadership aspirations. Taylor has been in the role since December 2017, taking over from Dan Tehan.

Taylor was instead given the energy portfolio in the new cabinet, taking over from now-treasurer Josh Frydenberg.

Communications minister Mitch Fifield also made a return to the cabinet in the same position after resigning on Thursday, as did minister for human services Michael Keenan, who had his remit as assistant minister for digital transformation upgraded to a full portfolio.

Eliminating departmental friction within MSPs
By Brendon Foye
Aug 27 2018
11:17AM