Cybersecurity stocks rise in the wake of WannaCry ransomware attack 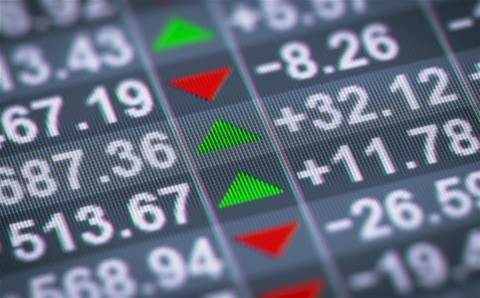 A global ransomware attack disrupting factories, hospitals, shops and schools spurred investors on Monday to buy up stocks expected to benefit from a pick-up in cybersecurity spending by firms and government agencies.

The cyber attack began spreading across the globe on Friday and by Monday had locked up computers in more than 150 countries, with experts warning of an even wider impact as more employees logged on and checked e-mails.

"These attacks help focus the minds of chief technology officers across corporations to make sure security protocols are up to date, and you often see bookings growth at cybersecurity companies as a result," said Neil Campling, head of technology research at Northern Trust.

Campling said Sophos was particularly likely to benefit as its customer base was dominated by small and medium-sized companies, whose IT systems were often less well protected than larger firms and hence more likely to fall victim to ransomware attacks.

Companies' spending on cybersecurity protection is set to increase 10 percent in Britain and Europe by 2020, according to Brian Lord, a managing director of cyber and technology at cybersecurity firm PGI, as outdated IT systems get a refresh.

"In many companies there's been an increase in investment in IT but not in the security that sits around it, so this investment is likely to play a bit of catch-up," said Lord, who spent 21 years at UK government intelligence service GCHQ.

The risks of security breaches, particularly when they result in the leak of sensitive customer data, has had a direct impact on share prices as investor confidence is shaken.

"Reducing the cost of security breaches by only 10 percent can save global enterprises $17 billion annually," Morgan Stanley said in a report published on Monday.

The US broker upgraded its rating on networking equipment giant Cisco to "overweight." Cisco shares were up about 2 percent in pre-market trade.

With few pure play, publicly-traded software and network security companies in Europe, a London-listed cybersecurity exchange-traded fund (ETF) whose holdings include Cisco and Fireeye, was in demand, up 1.8 percent by midday.

In Helsinki, Finnish digital security firm F-Secure jumped as much as 5.1 percent to a 16-year high.