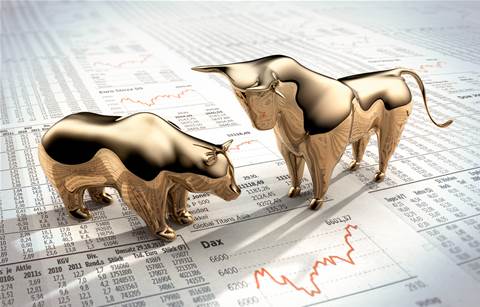 The England-based company said more than 370 active channel partners across nearly 70 countries accounted for 35 percent of Darktrace’s revenue as of Dec. 31, according to a registration document filed Monday. Darktrace is looking to raise between US$350 million and US$400 million in a London Stock Exchange IPO that could value the company at US$4 billion, The Wall Street Journal reported.

“Although the majority of the Group’s sales are direct to customers, the Group also relies on its channel partners to sell and market its products,” Darktrace wrote in its 163-page registration document. “These channel partners increase brand visibility and sales for the Group and assist in penetrating markets where the group does not have a significant direct sales team.”

Should Darktrace proceed with an IPO, the company would use proceeds to accelerate new product development, drive broader awareness of the company’s products globally, and provide balance sheet strength and financial flexibility. Darktrace uses machine learning and AI algorithms to detect and respond to cyber threats across the cloud and virtualized networks, IoT and industrial control systems.

Darktrace is the first cybersecurity company to go public on the London Stock Exchange since May 2018, when Prague, Czech Republic-based endpoint security behemoth Avast raised US$827.2 million on a US$3.3 billion valuation, according to Crunchbase. Prior to that, platform security vendor Sophos raised US$125 million in a June 2015 initial public offering that valued the Oxford, U.K.-based company at US$1.6 billion.

“As the Group continues to expand its business and the breadth of its operations, hires additional employees, expands into new markets, invests in research and development and sales and marketing, and incurs costs associated with general administration … it is possible that the Group’s costs of sales and operating expenses will increase at a faster rate than its revenue, leading to further net losses,” Darktrace wrote.

“The Group’s strong footprint in Europe and significant presence in the U.S. … provide considerable opportunity to grow across all of the Group’s key geographic regions,” Darktrace wrote in its registration document. “As a result, the company intends to grow the sales teams, particularly in the U.S. and continue to invest in marketing and industry events to raise brand awareness.”

Darktrace said its channel partners include Atos, BT, Reply, SHI, Bytes, Computacenter, Eurofins, Telstra, Sis, Nth Generation and ConvergeOne, with its largest partner accounting for 2 percent of total revenue in the six months ended Dec. 31. The company said its particularly dependent on channel partners to sell and support its Cyber AI platform in parts of Asia-Pacific, Latin America, and the Middle East.

“Channel partners are assigned a channel relationship manager and are supported by the Group through training, access to sales resources and technical support,” Darktrace wrote in its registration document. “The use of channel partners enables the Group to scale its end customer base cost effectively and expand the reach of its own direct sales teams.”

Darktrace was founded in 2013 and has raised US$230.5 million in eight rounds of outside funding, according to Crunchbase. The company currently serves more than 4,700 customers in over 100 countries, with more than 1,500 employees spread across 40 offices globally.

Prior to establishing Invoke, Lynch was the founder and CEO of software company Autonomy, which was sold to HP for US$11 billion in 2011. HP has accused Lynch of falsely inflating Autonomy revenues before the sale, and the U.S. has issued an extradition request following a Justice Department indictment for Lynch on criminal charges of wire fraud related to the HP sale. Lynch has denied the charges.