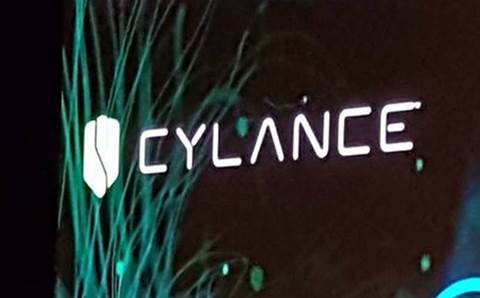 Cylance has expanded beyond endpoint protection with the launch of CylanceOPTICS, an endpoint detection and response solution that takes aim at competitors such as Crowdstrike.

CylanceOPTICS, now generally available, uses artificial intelligence for endpoint detection and response capabilities, including root cause analysis of threats, threat hunting, increased visibility, and incident response. The solution is delivered as part of the Cylance AI Platform, designed to be an extension of the company's CylancePROTECT solution, which leverages artificial intelligence for endpoint security threat protection.

"We really are a data science and AI company. We just happen to build and develop endpoint security tools as one of our areas of expertise. We are now bringing that same expertise to the EDR space, as well," Bryan Gale, vice president of product marketing, said in an interview with CRN USA.

What makes the solution different from other EDR products on the market is that data is stored locally and encrypted, meaning it doesn't require any significant investment in terms of on-premises server infrastructure, nor does it stream into a vendor's cloud, Gale said. The product also has a single agent for both protection and EDR, something not all of its competitors offer. He said Cylance has also worked to drive simplicity and diminish security alert noise.

"There is no silver bullet out there in security. We don't profess to be one. We do profess to be a heck of a lot better than a lot of the tools out there," Gale said.

The launch of CylanceOPTICS moves Cylance beyond just the endpoint protection arena, where it has staked its claim as one of the hottest up-and-coming security companies, and into the EDR realm, where competitors such as Crowdstrike, Carbon Black, SentinelOne, and more also have offerings. Cylance chief executive Stuart McClure told CRN USA in a recent interview that the company was looking to move beyond its protection roots, where it uses AI technology to prevent attacks, and into other markets, including identity-based attacks and denial of service attacks.

The launch also comes as Cylance faces increased pressure in the endpoint security market, with an overflow of competitors in the space and legacy security vendors looking to retake share. CRN recently reported that Cylance underwent a round of layoffs, cutting primarily in the sales and marketing departments. Cylance confirmed the cuts, calling them a "small adjustment" as the company looks to enter new markets.

For partners, Gale said the new EDR solution would provide a complementary offering that resellers can offer to their clients for added security capabilities.

"It's absolutely complementary and continues to extend the ability they get with CylancePROTECT," Gale said. "Being able to have a complementary product, with a single unified endpoint that encompasses both [protection and EDR] is a huge value."

Telecommunications Services
By Sarah Kuranda
May 25 2017
11:17AM