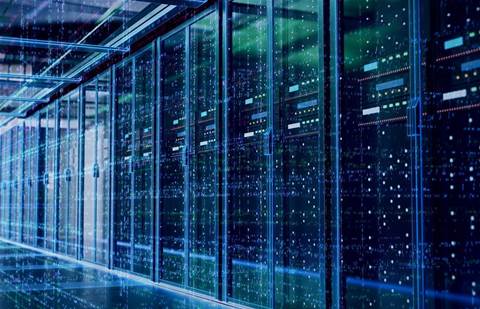 Dell is given its modular server range an update.

The company’s offered the M1000 for many years, as an option for those who want to pack blades, a storage array and a network into a single chassis.

The concept remains the same but the product has now emerged as the “Dell EMC PowerEdge MX7000 Chassis”.

The device’s schtick is that you can fill it with whatever you want. If you wanted one two-socket servers and seven storage sleds, you could do that. Or if you wanted lots of servers with direct-attached storage, that’s doable too, as both “compute sleds” have disks to spare. Think of it as data centre Tetris (without the disappearing act).

Networking is built into the chassis and provides a total of 800Gbps bandwidth with ethernet or fibre channel interconnects available.

Dell EMC has also updated its OpenManage management tool to “OpenManage Enterprise” and claims that the new cut makes sysadmins and organisations using the MX7000 significantly more productive and probably in a better position to do a digital transformation.

In the case of the MX7000, that’s organisations adopting “dense virtualization, software-defined storage, software-defined networking, artificial intelligence and big data projects.” Containerised workloads are also in Dell’s sights, as the MX7000 can pack in enough kit that microservices can do a lot of work inside the chassis before they send any traffic to a top-of-rack switch and bother the rest of the network.

The devices go on sale as of 12 September. Pricing will be revealed next week.

Eliminating departmental friction within MSPs
By Simon Sharwood
Aug 22 2018
6:00AM