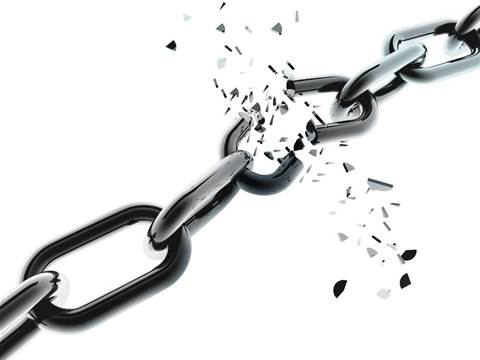 Federal Government moves to enforce the collection and retention of telecommunications metadata for up to two years risk Australia's standings in internet freedom rankings, an academic has warned.

Australia ranked as the fourth most liberal country for internet freedoms, in a report released by lobby group Freedom House last month.

Iran, which is planning to deploy its own internet without open access to the outside world, ranked last in the survey with a score of 90.

However, the academic who authored the Australian survey for the report said the proposed data retention regime risked the country slipping further down the rankings next year.

"If this does go through, the internet freedom rating will go down significantly," said Alana Maurushat, academic director of the University of New South Wales' Cyberspace Law and Policy Centre.

"They'll score less next year. It will slip in place on the rankings, without a shadow of a doubt."

The report, which considered liberties during 2011, did not factor in the data retention proposal, which has only sparked up recently with the release of documentation by Attorney-General Nicola Roxon and a parliamentary inquiry.

However, it did consider Australia's impending accession to the European Convention on Cybercrime, which would force internet service providers to preserve data under warrant for up to 90 days.

Though buoyed last year by increasing ubiquity of internet access through the National Broadband Network, Maurushat said the move to expand beyond the measures required in the European treaty, as well as moves to data retention, would increasingly risk the country's internet freedoms.

"It seems to signal a trend that whoever's talking to Government and lobbying beside their ear is being very successful," she said.

"Even with the implementation of the treaty into Australia ... the Government didn't seem to take any notice of any of the really good points on submission, which to me is a little bit arrogant.

"It's shocking given the recommendations and everything that's been proceeding for up to the last two years, it's a shocking way of doing legislation."

She criticised a lack of evidence-based policy making on the moves to data retention in Australia and with similar proposals in Britain and the United States.

Though much of the justification for an Australian regime has relied on an existing directive for European Union member countries to implement a system, Maurushat pointed to evidence suggesting that such regimes had failed to make the dent in serious or organised crime they had intended.

An evaluation of the directive last year by the European Commission (pdf) found that while retention remained a "valuable tool for criminal justice systems and for law enforcement in the EU", a lack of harmonised retention procedures between member countries had meant the directive failed to live up to its proposed potential.

The European Data Protection Supervisor also found at the time (pdf) that the necessity for data retention under the directive had "not sufficiently been demonstrated".

Country-base legislation for a regime in countries including Germany, Cyprus, Romania and the Czech Republic have also been struck down or ruled unconstitutional.

"There's no evidence to suggest that in serious organised crime and other serious crimes, there's any reduction in crime because of the introduction of data retention laws," Maurushat said.

"Governments need to look at more evidence-based policy before they randomly impede on civil liberties of people and increased business expenses for an ISP or someone else.

"If there's been empirical data for the last seven years showing absolutely no reduction in the serious crime they intend to look at, it's a ridiculous policy.

"If there can be any evidence shown in another jurisdiction that's had this on the books for the last five years and has empirical data, I might reconsider it, but without that evidence why would you ever [implement it]?"

Maurushat said she was considering similar public protests to those she conducted with the Open Net Initiative in opposition to the proposed mandatory internet filter on refused classification material in past years.

The initiative collated material on similar filtering proposals to demonstrate the extent of the proposals put forward by the Australian Government at the time; a move she said would likely be effective in terms of the data retention regime as well.

But, according to Maurushat, a lot of the debate would be useless without greater consumer education.

"Honestly whether it's a government proposal or major companies most consumers don't have the slightest idea what information is coming out of their system," she said.

"That's the same no matter who's collecting it."