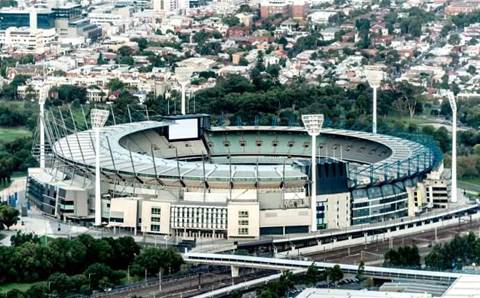 The new architecture will provide backup to mission-critical apps during an unplanned downtime scenario or data centre failure.

The MCG hosts 90 days of events a year, including the AFL Grand Final, international cricket and a minimum of 45 AFL matches.

MCC general manager for IT and innovation Rey Sumaru said the challenge was in replacing the ageing infrastructure within a very small window between the end of the AFL season in September and before the international cricket season in November.

“Given the tight timeframe, the solution deployment has exceeded our expectations,” said Sumaru.

“What’s more, Data#3’s post implementation support has been faultless. With large-scale events occurring at the MCG on a weekly basis, their professionalism in responding to and rectifying any issues has been outstanding.”

The massive stadium has a capacity of up to 100,000 people and takes in around 2.5 million fans per year.

Data#3 was crowned a CRN MVP in November, in recognition of its wide-ranging vendor accreditations. The company employs more than 1,100 people and raked in $870.5 million of revenue for the 2015 financial year.