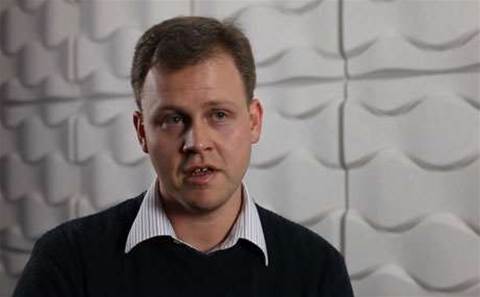 Based in Brisbane, Adopt & Embrace specialises in Microsoft’s enterprise, mobility and productivity solutions, including Windows 10, Office 365, Skype for Business and the Surface range of hardware.

Woods left Data#3 in October after a decade with the company. He was most recently national manager for the company's business productivity services division, which he founded in 2010.

Rather than reselling products, Adopt & Embrace partners with existing Microsoft resellers to consult and train customers for new technology deployments.

Wood said the company would be “working with the channel, not against it” and is focusing on project-based work and ongoing management services.

He added that the company wouldn’t be hiring any technical staff, but would hire "less than 10" staff in positions like organisational psychologists.

“Most internal IT teams and partners do a really good job of achieving technical outcomes, but nine times out of 10 they’re still missing the most important piece after it is deployed,” said Woods

“Very few partners can go beyond tech and engage to business about how they’re going to use that tech. We work around Microsoft’s productivity technology and make sure customers are actively using it, not just letting it sit on the shelf.”

Microsoft has made no secret of the fact it wants partners to ensure customers are making full use of its products. It recently raised the hurdle for partners to secure funding for Office 365 deployments by raisng the threshold of active consumpion from from 15 percent to 30 percent.

Microsoft defines "active usage" as a person utilising at least one cloud workload, such as Exchange Online, SharePoint, Yammer, Lync or the ProPlus suite, which includes Word, PowerPoint, Excel and Outlook.

Woods said there was an opportunity for Adopt & Embrace to partner with resellers for project-based work around Microsoft's latest products and software, including Surface Pro 4, Surface Book and the Surface Hub conference screen.

“You can’t just give someone a laptop or a cloud service and expect them to change the way they work,” said Woods

“You need to take them on a journey to help them understand how it works for them, why it is important for them, and ultimately what is in it for them. The same is true for new functionality or innovation added to cloud services like Office 365 after the initial deployment takes place.

“Our focus is how we get everyone from the CEO to the receptionist to embrace this technology, and change some of the attitudes and behaviours towards using new technology," said Woods.