Data#3 is shutting down its cloud 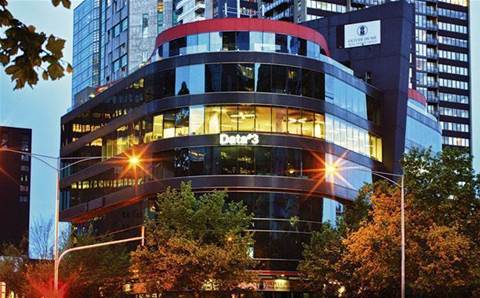 Data#3 is mothballing its own cloud platform and will migrate customers to either public or private clouds, the company has confirmed to shareholders.

The Brisbane-based IT solution provider first revealed the shutdown during its annual general meeting last month and confirmed the plan in an announcement to the Australian Securities Exchange on Friday.

Data#3 also warned that its first-half profit would be "substantially lower" than the previous half, which was a record result.

The billion-dollar Australian reseller is currently "decommissioning the Data#3 Cloud and helping its customers transition into either public or private clouds", according to the trading update.

Data#3 chief executive Laurence Baynham told the AGM in November: "A newly announced partnership with a global powerhouse, CenturyLink, is important strategically, as it enables Data#3 to provide scaleable, robust and cost-effective cloud solutions for our customers that require a hybrid cloud solution.The partnership complements our existing cloud solutions.”

The IT solution provider announced the investment in its own infrastructure-as-a-service platform in 2011, citing data sovereignty requirements as a key driver for customers. Since then, many major hyperscale cloud players have established Australian availability zones.

Data#3 also shared details on its cloud architecture with CRN in 2015.

The platform, dubbed simply 'Data#3 Cloud', was built on Cisco UCS servers and the Cisco Nexus switch range for converged ethernet and fibre channel networking. Physical storage was based on Cisco and NetApp's FlexPod architecture.

Data#3 had also previously announced that EMC storage would play “a major role” in its solution. The platform had points-of-presence in tier-three data centres in Sydney and Brisbane.

Data#3 Cloud ran on VMware's vSphere hypervisor, with orchestration and self-service was provided by VMware Cloud Orchestrator and Cisco UCS Director, coupled with billing software from Cloud Cruiser, which has since been acquired by HPE.

Earlier this year, Data#3 revealed it had migrated Victoria's State Emergency Service to a hybrid cloud solution based around Microsoft Azure.

Data#3 is far from alone in pivoting away from its own cloud to instead focus on hyperscale partners. Three of its major vendors – HP, VMware and Cisco – all mothballed their own public cloud strategies despite significant investments.

Gartner this year revealed that market leader Amazon Web Services had a share of 44.2 percent in infrastructure-as-a-service, dwarfing even second place Microsoft at 7.1 percent.

Data#3 expects a "strong" second-half performance, according to the trading update on Friday, and is on track to achieve its 2018 financial goal and improve on its 2017 profit, which was Data#3's best-ever profit result.

However, certain areas of Data#3's business have been "below par" in the first half, and it has been hampered by delayed projects.

"As reported at the AGM on 9 November 2017, many projects and transactions remained to be concluded, with potential for delay to some projects, and Business Aspect’s profit performance has been below par," read the trading update.

"Last year Data#3 produced an exceptionally strong first-half performance, boosted particularly by two substantial projects, resulting in a 34 percent increase in first half profit. This is not expected to be matched in the current period.

"Supplier delivery constraints in November and December have delayed a number of projects. Further, a number of customer delays have seen sizeable transactions slip into the second half.

"Both of these factors have flow-on effects on supplier rebate entitlements, which can only be finally determined after period end. These timing delays will see profit realisation shift into the second half, which will support delivery of the overall financial goal for FY18."

The shareholder warning follows a string of positive news out of Data#3, which achieved its first-ever billion-dollar year in 2017 and earlier this month briefly passed $2 per share, a record in 20 years as a public company.