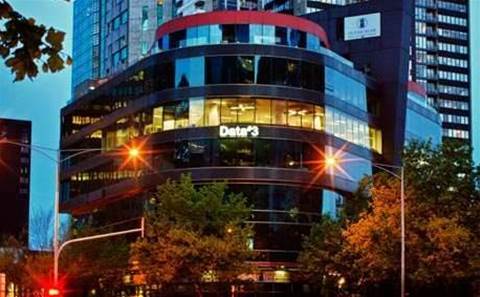 Data#3 has expressed disappointment at its first-half results, with profits cut in half across products and services as the company tackled delayed projects, supplier delivery constraints and the impact from decommissioning its cloud platform.

The Brisbane-headquartered IT solution provider grew revenues by 8.2 percent from $506.0 million to $547.3 million in the six months to 31 December 2017, but suffered at the bottom line with a profit that was "substantially lower than the strong result in the previous corresponding period".

Data#3's larger product reselling division, which grew revenue by 7.9 percent to $446.6 million, was struck by "a number of customer delays and supplier delivery constraints in November and December", which pushed projects into the second half of the year.

"These unplanned timing delays, combined with the negative flow-on effect on supplier rebate entitlements, resulted in a material shift in product profit to the second half," according to its report to the Australian Securities Exchange.

"This is a disappointing result for the first half, however, we expect the services segment profit to improve in the second half of FY18," said Data#3.

Data#3 took the decision to decommission its cloud platform, which hurt services profit in the half year and will continue to impact into the second half.

"We expect to complete this project by the end of FY18, thereby positioning the Support Services businesses for solid improvement in profitability in FY19. We are continuing with our strategy of offering customers public or private cloud solutions from our market-leading, global vendor partners."

Data#3's primary public cloud partner is Microsoft, with strong offerings across Office 365 and Azure, while it has clinched a deal with CenturyLink to offer a private cloud solution for customers as it shuts down its in-house platform.

The poor performance was in line with guidance offered to shareholders in December and January. Data#3's share price opened at $1.60, falling 3 percent from its Tuesday closing price of $1.66.

Despite underperforming in the first half, the company remained optimistic that it would overcome these "temporary difficulties" in time for its full-year results and was on track to beat 2017's best-ever profit result.

The company also used the half-year report to touch on its legal battle with DXC Technology, relating to a group of staff that joined from the competitor.

"Data#3 believes the claim that the competitor has raised lacks merit. As such, the claim is being strenuously defended, and a counter-claim has been lodged in respect of this matter."

7 steps to MSP success: from pricing to specialisation
By Steven Kiernan
Feb 21 2018
9:44AM