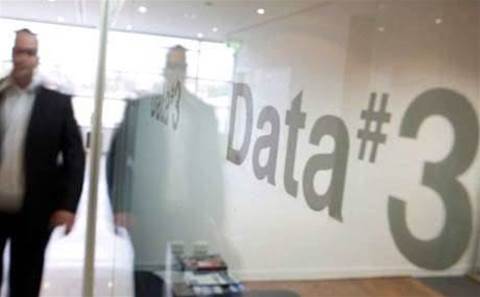 Data#3 has reaped its highest-ever revenues but the cost of doing so squeezed net profit after tax to the lowest point since 2005.

Gross profit fell just 3 percent to $118.9 million, but the bottom line was hammered, with NPAT of $7.5 million, a fall of 38 percent from last year, as previously warned in its guidance in July.

He added that he had never seen this level of price pressure from buyers. "Customers have pretty significant market leverage at the moment. They can, and are, creating competitive tension, and what happens when you create competitive tension is it squeezes margin. We have never seen it as intense as it is now."

He said that Data#3's strategy toward managed services and hybrid cloud, as well as an potential settling of the market, should drive a turnaround in future profits.

Grant added that "comfortable isn't the word, but we aren't negative" about the performance, especially given the strong sales result.

"Customers are spending; as much as some people might be lamenting the fact customers are buying a lot of on-premise hardware and software, we are reaping our fair share of that market and that says a lot about our robust business model."

Data#3's total revenue from hardware and software rose 9 percent to $697.3 million, which "demonstrated very strong underlying growth largely in software licensing", according to the annual report.

Grant admitted that Data#3's customer base of enterprise CIOs talked about the "inevitability" of the cloud, so some people might be surprised at the high level of on-premise investment.

Data#3 underwent some significant changes over the year, including its restructure from five divisions down to three. However, headcount actually increased, from 641 to 667 full-time employees, driven by the growth of services work, said Grant.

The company wants to grow annuity revenues from managed services and outsourcing, though Grant admitted this transition was moving slower than he would like.

"We are in that process [of growing annuities], but because we're able to gain significant market share in on-premise, our cash flow is fantastic. There is always this potential gap of death but it is more relevant to the big software companies who are used to selling software upfront and moving to a consumption model."

Software licensing remains a large and healthy part of the Data#3 mix, especially from its biggest partner, Microsoft, as well as the likes of VMware, Adobe and Symantec.

According to the company's results statement, "For the nineteenth consecutive year, Software Licensing exceeded all targets growing revenue and gross profit in a market that at best was flat."

Data#3 hopes future success will come from its hybrid cloud push, combining its own infrastructure-as-service offering with public cloud solutions, potentially including Microsoft Azure and IBM SoftLayer, overlaid with a billing mechanism from Cloud Cruiser.

So far, this part of the business is still a cost, not a revenue stream, according to the results report. "The responsibility for developing and delivering our hybrid as-a-service infrastructure, as with all providers in the market, represents an upfront investment for future cloud-based revenues. We secured some strategic customers and have an increasing pipeline, but with continuing investment, returns did not exceed investment in the year."