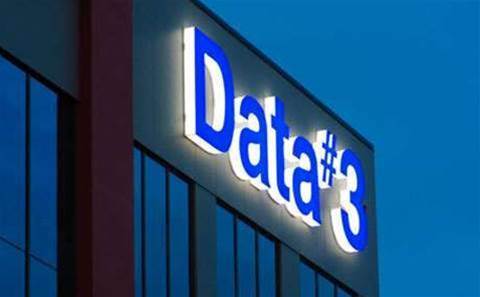 Data#3 has reported strong revenue and profit growth in the first half of the 2019 financial year, showing positive signs following what it called a “disappointing” 2018 financial year.

Buoyed by an increase in projects and growth across its business units, the Brisbane-based service provider posted revenue of $644 million for the six months ending 31 December, up 17 percent from $547 million in the same period last year. Net profit after tax meanwhile was $6.1 million, up 126 percent from $2.7 million in 2017.

One major driver for the growth was its public cloud business, which raked in $142 million for the period, up 65 percent from $86 million last year.

“We are very pleased with the first half performance, delivering a very significant improvement compared to the previous corresponding period and returning to the longer term growth trend,” Data#3 managing director Laurence Baynham said.

“The market is growing as digital transformation fuels the overall information technology spend, and we have experienced an increase in large project activity and a steady pipeline of opportunities.”

Gross profit also grew to $82 million for the period, up 14 percent from $71 million, although the total gross margin decreased slightly from 13.1 percent to 12.8 percent.

Services revenue saw growth across its segments for a total of $111.4 million, up 11 percent from last year, despite a reduction in revenues from decommissioning the Data#3 Cloud and a decrease in revenues from its Discovery Technology segment.

In its results for the full 2018 financial year, Data#3 reported revenue of $1.18 billion, up from its 2017 results of $1.09 billion. That growth fell short of the company's expectations after lower-than-expected earnings from its Business Aspect and Discovery Technology acquisitions.

In the first half of 2019 Data#3 indicated Discovery Technology reported a loss, but noted expected improvement in its second-half outlook.

“The strong first-half performance and pipeline of opportunities for the second half give us confidence that we will achieve our full-year financial objective, being to deliver earnings growth and improved returns to shareholders,” Baynham said.

With these results, the company also increased its fully franked dividend to 3.60 cents per share, up 125 percent from the previous corresponding period.

“Data#3’s performance both in increased profit and continuing strong cash flow allowed the board to [increase the dividend],” chairman Richard Anderson said.

“The board is very pleased with the return to a longer-term growth trend.”

Grabbing the hybrid cloud opportunity with Lenovo and Azure Services
By Nico Arboleda
Feb 20 2019
10:24AM