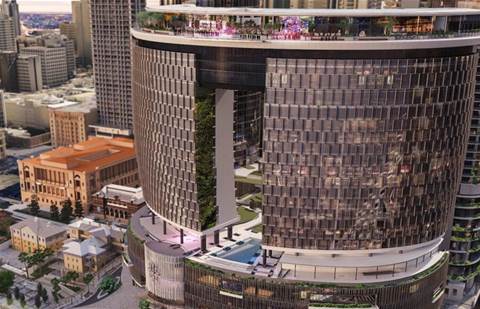 Brisbane-headquartered IT services provider Data#3 has won a contract to use HPE and Cisco technology to help build the networking to power the $3.6 billion Queen’s Wharf Brisbane.

The 26 hectare complex between the Brisbane River and George Street will cover more than 10 percent of Brisbane’s CBD.

The multipurpose resort and entertainment precinct will include four new luxury hotels, more than 50 new bars and restaurants, a ballroom, a moonlight cinema, a new pedestrian bridge connecting to South Bank and up to 2,000 residential apartments.

“Queen’s Wharf Brisbane is the most iconic project in Queensland and will transform the city of Brisbane,”  said Data#3 boss Laurence Baynham a statement.

“Data#3 is proud to combine the great skills of our people with world-class digital technology to provide the platform for future digital transformation initiatives.”

“For Queen’s Wharf Brisbane customers, businesses, and residents, a seamless digital experience is now a necessity.”

Data#3 state general manager for Queensland Ray Merlano said “it’s a privilege to be part of a project that will contribute to the creation of a world-class resort.”

“We look forward to working with Queen’s Wharf Brisbane in delivering the digital future and to boost the Queensland economy.”

Data#3 is a Cisco gold partner and Hewlett Packard Enterprise platinum partner and won Cisco’s 2021 partner of the year for Australia and New Zealand and its Technology Excellence award for security.

Last month Data#3 came close to reporting $1 billion in revenue for the first half of the 2021-22 financial year.

The 16.6 percent growth in the company’s revenue to $999.3 million was attributed to a near 35 percent boost in its public cloud earnings.