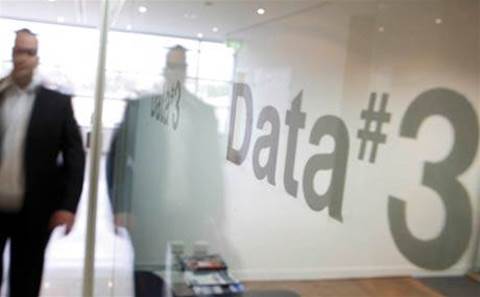 Data#3's share price today hit a record high of $2 as the company celebrates 20 years as a publicly listed company.

The Brisbane-headquartered IT solutions provider's share price has doubled since April 2016, when it was trading at just over $1.

Long-time managing director John Grant announced his departure at the end of 2014 after 18 years in the role and 34 years with Data#3. His deputy, Laurence Baynham, was appointed chief executive, assuming responsibility of day-to-day operations.

Since Baynham took the top job, Data#3's shares have risen from 73c to today's record high of $2.02. The company has also seen three years of consecutive revenue and net profit growth, following a record low margin in 2014. 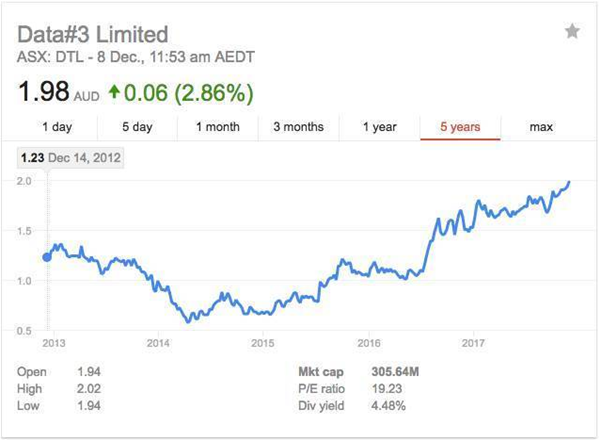 Data#3 has racked up some major multimillion-dollar deals with its largest vendors, including Microsoft, Cisco and HP.

Data#3 announced a project to supply 4200 new HP devices to the new Sunshine Coast University Hospital. This followed a 2016 HP deal to deploy 12,000 devices to the Queensland Department of Education and Training (DET).

Data#3 achieved its first year as a billion-dollar company in 2017, with net profits of $15.4 million.

Today, its market capitalisation was north of $300 million.

In 2011, Data#3 shareholders voted to split the company's shares and increase liquidity, dividing the share price and volume by 10. Prior to the split, Data#3's shares traded at upwards of $12 each, with 15 million on issue.

The $2 milestone comes just shy of two decades since Data#3 floated on the ASX with a market capitalisation of $15 million. Data#3's first public financial report in 1998 showed $68 million in revenue and net profits of $2.3 million.

The company celebrated its 40th year in business earlier this year, starting out in 1977 as Powell, Clark & Associates out of a Brisbane garage. The company was rebranded as Data#3 in 1984 as the result of a merger between Allbrand Typewriters and Office Machines.