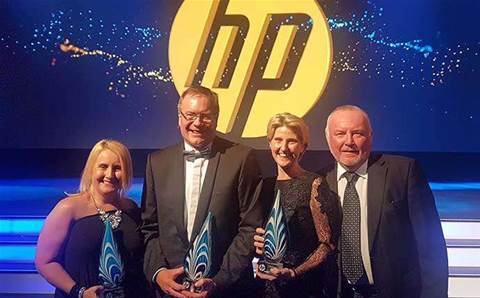 Data#3 was named HP Australia’s partner of the year during a ceremony at the vendor’s end-of-year gala dinner in Sydney last night.

The awards – HP’s first since splitting from Hewlett Packard more than a year ago – comprised 12 categories across PC, print, distribution and sales.

Robert Mesaros, HP Australia’s managing director, said since splitting from Hewlett Packard late last year, the company had been working to restore partners’ faith in the company, make its PC line-up cool again and get its “collective mojo together again”.

The company has invested millions into this process, refreshing its PC line and even purchasing Samsung’s print business for US$1 billion.

In addition to charting some of its goals in the PC and consumables space, the company also announced its second HP experience centre in Australia would open in Sydney next week. The first experience centre opened in Melbourne.

According to HP, the centre is a space designed to showcase the company's capabilities to industry partners, including personal and corporate systems, converged infrastructure and networking solutions.