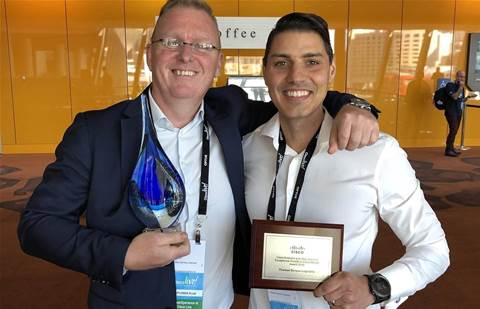 The awards celebrated partner performance across 15 categories. National IT provider Data#3 collected partner of the year awards in software and services categories, as well as being recognised for exceptional growth with Cisco’s Hyperflex hyperconverged platform.

Sydney-headquartered Outcomex was named digital transformation partner of the year, Telstra won the managed service innovation award, and Dimension Data was awarded for growth in Cisco security in both Australia and New Zealand.

Ingram Micro was named Cisco’s local distributor of the year, while IPTel Solutions was awarded for project delivery excellence with the University of Queensland.

Perth-headquartered Cirrus Networks, which was No.3 in the 2017 CRN Fast50, was named Cisco’s enterprise networking partner of the year.

Thomas Duryea Logicalis also got a nod, taking out an award for exceptional growth with Cisco Meraki award.

TDL managing director Michael Chanter celebrated the award on LinkedIn, where he revealed the company had achieved 328 percent year-on-year growth in Meraki.

“We revamped the awards from 2016, to recognise, and encourage, innovation, strategic alignment and a customer outcome focus amongst our partners,” she said.

“It has been incredible to see the level of innovation that’s taking place in the Australian and New Zealand markets this year.

"I would like to congratulate all of the winners and runner ups for demonstrating a range of technical excellence, strong understanding of customers and some incredibly innovative solutions, across the breadth of our portfolio," said Ridley.