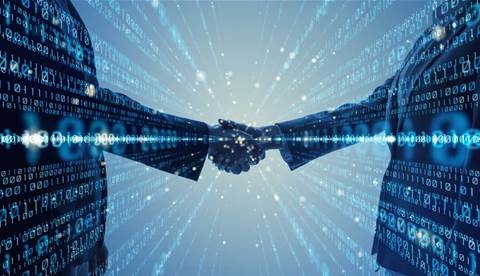 Databricks has acquired 8080 Labs and its low-code/no-code data analysis technology in a move to bring its AI and data analytics software to a wider audience.

Terms of the acquisition were not disclosed. The co-founders of 8080Labs, a Frankfurt, Germany-based startup, have joined Databricks.

“The acquisition of 8080 labs is a very strategic investment that expands our products to a much broader audience,” said Clemens Mewald, Databricks director of product management, machine learning and data science, in an interview with CRN US.

Databricks, founded in 2013 by the developers of the Spark data analytics engine, is the fast-growing developer of the Databricks Lakehouse Platform for data engineering, data analytics and AI tasks.

The San Francisco-based company is one of the most successful startups in the big data arena and last month closed a $1.6 billion Series H round of funding that put the company’s post-money valuation at $38 billion.

The Databricks platform includes a broad range of capabilities that span data engineering, data science, machine learning and data analytics – but those tools are geared toward highly trained data engineers and developers with more technical expertise than business analysts and information workers – the latter often referred to as “citizen” data scientists and data analysts.

Bamboolib from 8080 Labs is a UI-based data science tool that automatically generates native code, enabling fast and easy data exploration and transformation without the need for coding expertise, Mewald said.

The 8080 Labs acquisition is similar to Databricks’ June 2020 acquisition of Redash, a provider of tools used to gather data from multiple sources and develop charts, dashboards and visual representations of the data. That acquisition was also touted as a move to extend the Databricks’ platform to a wider audience of users.

Databricks plans to integrate Bamboolib and its no-code capabilities with the company’s AutoML machine learning, data visualization and dashboard tools, providing a single, easy-to-use UI and no-code workflows for both technical experts and non-technical analysts and information workers.

“We are thrilled to welcome 8080 Labs to the team as we accelerate the adoption and accessibility of [data] lakehouse as the data architecture of the future,” said Ali Ghodsi, Databricks co-founder and CEO, in a statement.

“Together with last year’s acquisition of Redash, we are broadening the focus of our user base to a wider audience that prefers low-code/no-code solutions. Bringing simple capabilities to Databricks is a critical step in empowering more people within an organisation to easily analyze and explore large sets of data, regardless of expertise.”

Databricks works with a range of reseller, ISV and systems integration partners and, Mewald said, the addition of 8080 Labs will eliminate partners’ need to bring in tools from other vendors to fill technology gaps when developing complete data analysis and AI solutions for their customers. “This becomes an easier story from a reseller perspective,” he said.

By making Databricks software more accessible for users beyond core data engineering teams, the addition of the Bamboolib software will also help solution providers sell Databricks to businesses and organisations for a wider audience of workers.

The 8080 Labs acquisition also gives Databricks a foothold in Germany where the company had planned to open an office, Mewald said.

“We founded 8080 Labs to bring simplicity to complex data tasks and make the power of data science and machine learning accessible to data teams of any skill set,” said Tobias Krabel, 8080 Labs co-founder, in a statement. “With open-source roots and an incredible vision to reshape the data landscape with the lakehouse category, we see endless opportunities with Databricks and could not be more excited to join the team on this journey.”

Eliminating departmental friction within MSPs
By Rick Whiting
Oct 7 2021
6:57AM