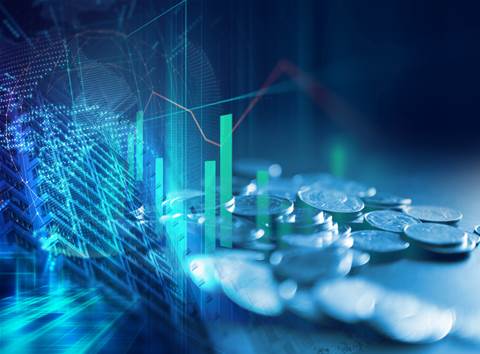 The new offering comes a little more than a month after the company launched Databricks Lakehouse for Retail, aimed at retailers and consumer goods manufacturers, with editions for the healthcare and media sectors under development.

“This is how we go to market now. This a huge focus for the company and how it is going to deliver for our customers going forward. It’s going to become increasingly vertical and sector-focused,” said Junta Nakai, global head of financial services and sustainability GTM at Databricks, in an interview with CRN US.

Databricks offers its Databricks Lakehouse Platform for a range of data, analytics and AI tasks and promotes the data lakehouse concept as an alternative to traditional data warehouse systems. The platform incorporates the Delta Lake open-source data management and storage technology developed by Databricks’ founders.

The new financial services edition of Databricks Lakehouse targets customers in the banking, insurance and capital market sectors. It adds industry-specific technical content to the platform including solution accelerators – software code for financial service use cases such as fraud detection and sustainability – and connectors to data sets and third-party data providers commonly used by the industry, Nakai said.

Databricks Lakehouse for Financial Services supports real-time analytics, business intelligence and AI tasks on all data types within multi-cloud environments, according to Databricks. The company expects customers to use the platform for a range of applications including compliance and regulatory reporting, risk management, fraud detection and open banking.

“Financial services is one of our fastest-growing verticals,” Nakai said, adding that Databricks has more than 600 customers in the industry.

Despite the huge investments financial services companies make in IT most are actually behind other verticals in such areas as data analytics and AI because the industry is highly regulated and operates complex IT systems that are slowed down by legacy technology, Nakai said.

“The Lakehouse for Financial Services will help them come up that curve and really leverage the power of this platform more quickly,” he said. “All this is about driving consumption and making it easier for our customers in financial services to adopt a lakehouse platform.”

The channel plays a significant role in Databricks’ vertical industry offensive, including the focus on financial services. The company announced that it is working with systems integrators, including Deloitte and Avanade, that have a presence and deep expertise in the industry.

“They have experience implementing data lakehouses in very governed environments, in a highly regulated industry,” Nakai said of Deloitte, Avanade and other systems integrators. Databricks is also launching go-to-market initiatives with the partners.

Systems integrators are also playing a role with Databricks in jointing developing the solution accelerator software that runs on the Lakehouse for Financial Services platform.

As part of the push into the financial services arena, Databricks is also working with ISVs and data service providers such as FactSet and TickSmith, in some cases utilizing Databrick’s Delta Sharing open-source data sharing protocol, unveiled in June 2021, that’s part of the broader Delta Lake project. Nakai said the focus there is to help customers with efforts to “monetise their data assets.”

(Databricks Ventures, the company’s venture investment arm, has made an investment in TickSmith, Databricks said.)

And Databricks is working with industry consortiums such as FINOS (the Fintech Open Source Foundation) and with exchanges like the US NASDAQ to integrate Delta Lake with their initiatives.

Databricks has raised US$3.5 billion in funding, including US$1.6 billion in a funding round in August 2021 that put the San Francisco-based company’s valuation at US$36.4 billion. Some anticipate an IPO from the company in 2022.

Grow your software revenue by selling these 5 affordable, essential tools for the modern workplace
By Rick Whiting
Feb 23 2022
7:02AM