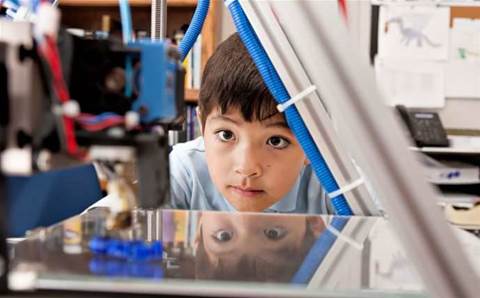 Datacom will deploy a 3D printers program to 28 primary schools in South Australia as part of a one-year pilot in partnership with the Department of Education and Child Development.

The department will invest $40,000 per year, or $2000 per school, for 3D printing software and training in 21 Adelaide metro schools. Another seven schools in the Mount Gambier area will fund the program themselves.

Software will be supplied by South Australian-based vendor Makers Empire, which partnered up with Datacom in April to bring the program to Australian schools.

Schools have the option to source printers from their chosen supplier. Datacom is also the exclusive Australian distributors for UP 3D printers, which includes the UP Mini, UP Plus 2 and the UP Box.

Datacom also provides schools with a range of Apple, Android or Microsoft tablets to run classes in designing and producing their own 3D models.

A network will be set up for teachers to collaborate on their assessment on the project to evaluate learning outcomes and the potential for 3D printing to be incorporated into more STEM subjects in the future.

“These young children are being given an early introduction to the possibilities that this type of advanced manufacturing technology allows,” said Close

“3D technology really is the way of the future and by putting printers into classrooms for students to utilise, we are helping to provide pathways to 21st century careers.”