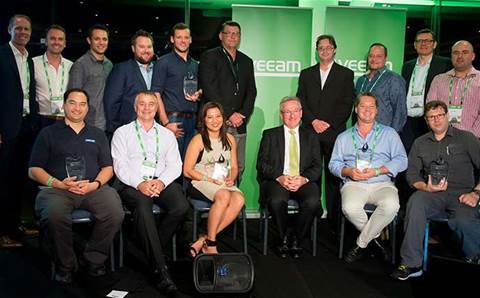 Datacom has been named Veeam’s partner of the year for the Australia and New Zealand region.

Datacom and other partner award winners were honoured in Sydney last night at the vendor's annual ProPartner conference. Other winners included:

Veeam ANZ head of channel and alliances Peter Bender said the awards are "a tribute to our top-tier and mid-tier partners for their commitment in consistently over-achieving on their revenue targets".

“Veeam has more than 37,000 ProPartners globally with more than 2,000 in the ANZ region. We are incredibly proud to highlight and honour these ProPartners,” he said.

Also announced at the awards was the launch of the Veeam Certified Engineering program in Australia and New Zealand. The program will be accessible to both end users and partners.