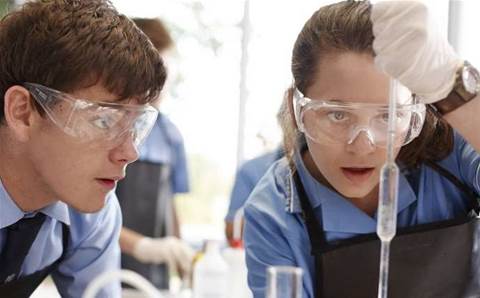 Datacom Australia has deployed a new wi-fi network for All Saints' College Perth, after Ruckus Wireless beat out Xirrus in a vendor trial.

"We wanted a solution that was high speed and performed well in high density environments, but we also wanted to plan ahead for the future and deploy a network that was 802.11ac capable," said All Saints ICT manager Ian Mackay-Scollay.

With the legacy network failing to meet the demands of 1,335 students, the school considered Hewlett-Packard, Aerohive, and Cisco Meraki for an upgrade, but eventually shortlisted Xirrus and Ruckus Wireless for trials.

"The school decided to trial both Xirrus and Ruckus Wireless in a building with the school’s worst congestion and most complex RF environment," stated an announcement from Ruckus.

Loan equipment from both Xirrus and Ruckus were trialled, with the latter coming out on top.

"While conducting the Ruckus trial we received an overwhelmingly positive response from students and teachers. The network really performed, even despite the challenging RF environment we tested it in. Throughput of connections was immediately improved, and the speed of access much quicker," said Mackay-Scollay.

Datacom then executed "a full rip and replace" of the entire wi-fi network in the pre-kinder to year 12 school, with a ZoneDirector 3000 controller and 70 ZoneFlex R700 indoor dual-band 3x3 802.11ac access points installed over approximately eight days during school holidays.

"The first two hours of the first day back for term saw 300GB of traffic go through the new network – with no issues," said Mackay-Scollay.

The new network has allowed the school to adopt a 1:1 student-to-computer ratio. "All students from year 3 upwards have access to their own laptop or tablet, loaded with software provided by All Saints’ College," stated Ruckus Wireless.

Ruckus Wireless is globally the third highest selling enterprise wireless vendor - behind Cisco and HP-Aruba - holding 5.3 percent revenue share in the first quarter according to Gartner. Ruckus is also placed in the Magic Quadrant in the Small Cell Equipment category.

All Saints' College is an academic leader in Perth, consistently ranking among the top schools in the annual Western Australian Certificate of Education (WACE) exams. The school is a co-educational independent Anglican institution.