Datacom wins multimillion-dollar Toyota IT contract, takes over from Fujitsu 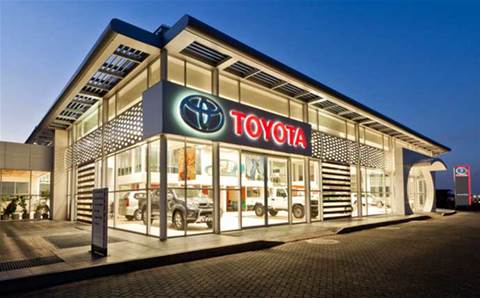 Datacom Australia has been awarded a multimillion-dollar three-year contract with Toyota to supply IT infrastructure and support services, as the car manufacturer looks to streamline its processes.

Datacom will provide IT service management, 24/7 service desk operations, end-user computing, servers and networking, as well as voice and unified communications, and network security. Toyota has 3928 employees across Australia, according to the company's 2016 sustainability report.

Datacom takes over IT services from Fujitsu Australia, which has had a long history with the car manufacturer. In 2010 Fujitsu became the largest single ICT outsourcer to Toyota Australia, delivering service desk, and migrating 2100 devices to Windows 7. Fujitsu also won a flexible three-year contract in 2011 to shift Toyota’s dealership management system into the cloud.

Datacom Group chief executive Jonathan Ladd said the company was delighted to be awarded after a competitive tender process.

“This result is a testament to our team’s pursuit of innovative, and flexible solutions and building long-term, reliable, trust-based relationships,” he said.

The operations will be based out of Datacom’s Melbourne office and go live early in 2017.

Toyota Australia CIO Ellis Brover said the car maker appointed Datacom because of an alignment of vision on customer service.

“This contract forms part of a long-term program, that’ll see our IT services and applications become a key enabler as Toyota transforms to a sales and distribution business,” he said.

Datacom has contracts spanning the Federal Department of Health, Queensland’s Department of Premier and Cabinet, Fulton Hogan and ConnectEast. Other key Australian clients include the Department of the Environment, ATO, ACCC, and NHMRC.

In September to IT provider was shortlisted onto Western Australia’s whole of government ICT panel, alongside NEC and Atos.

Datacom was recently awarded the CRN Icon Award at the 2016 CRN Fast50 Awards in Sydney, as voted by other Australian IT providers.