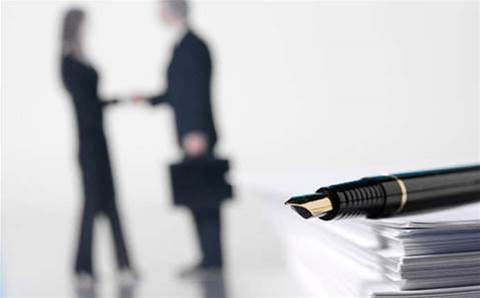 Datatec announced on Friday that it is in talks to sell a major portion of its struggling US$4.9 billion distributor Westcon-Comstor for more than US$800 million in the wake of a troubled SAP implementation..

Westcon-Comstor parent company Datatec said in a regulatory filing that the proposed deal is subject to contract and exclusivity provisions, with no certainty that the transaction will be completed. The purchase price of more than US$800 million includes both current and deferred compensation.

Datatec's stock went up 13.8 percent to US$4.37 per share since the announcement was made early Friday. That is the highest price at which the company's stock has traded since October 2015.

The company also revealed Friday that Westcon-Comstor was responsible for more than 50 percent decline in the US$6.5 billion IT conglomerate's earnings per share results for its most recent fiscal year, which ended 28 February. The earnings decline stemmed from disruption during the final stages of an SAP implementation in Westcon-Comstor's Europe, Middle East and Africa region.

Datatec informed investors in October that it expected earnings per share for its fiscal year ending February 2017 to be better than the previous fiscal year. Three months later, Datatec announced that it was negotiating a material transaction, with sources telling CRN USA at the time that the most likely outcome was the sale of Westcon-Comstor.

Westcon-Comstor has reportedly made adjustments to its operating model, which Datatec expects will result in a rapid recovery. The results for US$1.5 billion solution provider Logicalis, also owned by Datatec, were in line with management's expectations.

Westcon-Comstor's sales fell 10 percent to US$2.26 billion in the six months ending 31 August, with sales dropping in all of the company's geographies except Asia-Pacific.

The company's earnings before interest, taxation, depreciation and amortization (EBITDA) were down 18 percent to US$42.9 million due to lower profitability in Latin America and efforts to transform the company's business process outsourcing (BPO) practice.

Datatec spent US$160 million in June 1998 to purchase a 92.5 percent stake in Westcon-Comstor and quickly expanded into Europe, which now accounts for 34 percent of the distributor's overall sales.

But Westcon-Comstor's unified communications sales have dropped from 26 percent to 22 percent of revenue, and its data center business has sunk from 17 percent to 14 percent of overall sales.

The IT distribution landscape has experienced lots of upheaval in the past year, with Avnet selling its Technology Solutions (TS) business to Tech Data in February for US$2.6 billion and Ingram Micro being sold to Chinese logistics firm Tianjin Tianhai for US$6 billion in December.