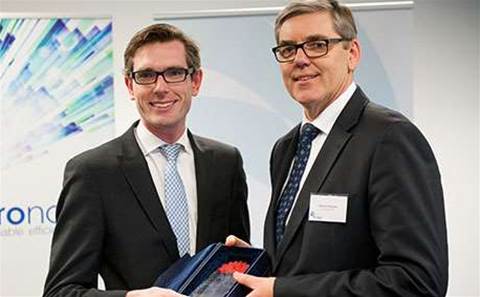 Sydney-based Dataweave has partnered with NTT Communications to deliver a new Oracle identity management system from within the NSW GovDC data centres.

Dataweave is the only provider offering identity management from the new data centres in Silverwater and Unanderra – a first-mover advantage among a marketplace of hundreds of thousands of prospective users.

The Oracle partner is the prime contractor, providing consulting, project management, systems integration and ongoing 24/7 call centre support. Dataweave bolstered its services capacity in May with the acquisition of Portcullis Group.

The fourth member of the consortium is Qubit Consulting, which is assisting with specialist identity management systems consulting and expertise.

Norm Weaver, managing director of Dataweave, told CRN there were two facets to the deal.

Firstly, Dataweave will be able to provide the Oracle identity management solution as a service from within the GovDC Marketplace, a panel of more than 100 approved suppliers.

There are already myriad authentication systems in play across NSW agencies, said Weaver. "One agency may have their own identity management, they might use a CA product or an Oracle product. Some agencies have SAP. NSW Health already has an on-premise version of the Oracle system; some use no solution at all."

The system is still in the implementation phase, but once it goes live, the opportunities will be significant, added Weaver.

"Initially, there are 400,000 identities within NSW government. Then, if you started to think about people who are part of NSW government and not employees – such as voluntary workers in the Rural Fire Service and other people who need to log in to various government systems – those number could reach 2 million logins before too long."

Dataweave has also been selected to provide GovDC's new Identity Hub, which federates multiple identity management systems across the whole of NSW government, aggregating user records for a single view of users spanning the various agencies.

Chrishan Mendis, Dataweave's program director for the Identity Hub, said the platform provides different levels of access privileges for users and administrators within individual agencies, as well as a global admin function accessed by the Dataweave service centre.

Speaking at last week's launch of Stage 2 of GovDC, Pedro Harris, ‎executive director, ICT Strategic Delivery at Department of Finance and Services, said the identity management solution would cost about 22c per user; "previously we were looking at about $5 per user when we looked at the original business case".

Dataweave has negotiated a utility pricing arrangement with Oracle that Weaver said was "a sea change" for the vendor's approach to cloud.

"We are charging per identity per month as a pure subscription. Oracle sells it to us on a software-as-a-service basis. This is a true SaaS deal in that we don't own the licence and the government doesn't own the license. We have a contract with Oracle for a specific term to purchase the service from Oracle, which we on-sell to the government as part of a solution."

He said it that Dataweave is "getting enquires for other parts of Oracle around the world saying, 'Fantastic what you have done there, can we learn more?'".

"We have been an Oracle partner for eight years and this is really a sea change. We had tremendous support from Tim Ebbeck [managing director of Oracle Australia] downward in getting this through [Oracle HQ] Redwood Shores to be able to provide a true software-as-a-service subscription model.