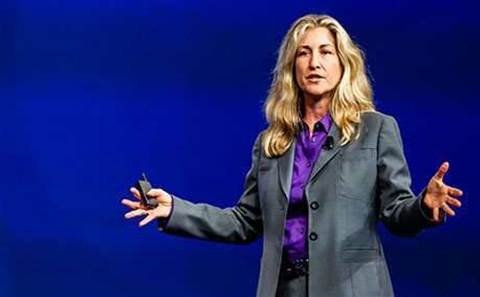 One of Gartner's top channel specialists has slammed modern vendor channel programs for failing to move on from the 1990s era of straight reselling and licensing models.

In a blog post, Gartner vice-president Tiffani Bova said that these dated programs are "holding channel leaders hostage" – and are stopping the channel back from evolving.

"Helping partners make a very thin margin deal more attractive, by artificially improving profits through incentives, has created a false sense of security that the existing business model will continue to deliver current levels of profitability for years to come," she wrote.

The move to cloud models is threatening traditional programs, and Bova calls on vendors to "take some risks" with program development.

She said a "re-imagination of how to work with the channel will be necessary if a provider wants to respond accordingly to the new speed of business and IT departments".

"The bottom line is: both vendors and the indirect channel need to look back fondly and remember their favourite channel programs from the ‘90s which brought a sense of stability and predictability to the business — because those days are long gone."

There are movements among the vendor community to take a new approach to their programs. Microsoft is pouring its energy in its Cloud Service Provider program, which demands puts demands on partners to innovate new ways to win and service customers and expand their share of spend.

At its World Partner Conference, Microsoft also revealed it would start grading partners on customers' consumption of the cloud services they had already purchased, such as utilising the full power of Office 365. This can partly be seen as a response to Google Apps, which has ousted Microsoft from many customer accounts despite its simpler functionality.

Lenovo is currently overhauling its program, following the acquisition of IBM's x86 server business. The launch of its managed service provider program, expected in Australia soon, will be a big change for a vendor that has primarily focused on the PC market for the past decade.

Traditional vendors are not the only ones under pressure to take a new approach to partnering. Recently, CRN USA news editor Steve Burke wrote a scathing review of Amazon Web Services' program, saying the public cloud giant's new managed services program "ignores the thousands and thousands of elite enterprise data centre partners and managed services providers that are driving the next-generation data centre strategies at the vast majority of businesses of all sizes".