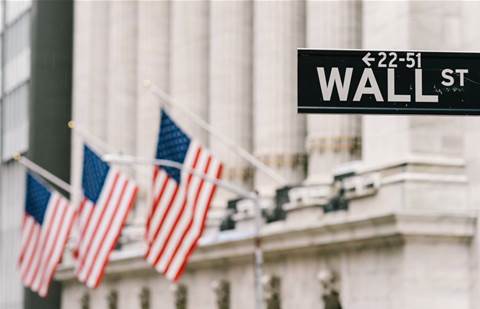 Datto, the former storage vendor that eventually invested in providing a complete set of platforms and tools for the managed service provider community, has filed for its IPO.

Datto, in a show of solidarity for the very community it services, plans to file its IPO on the New York Stock Exchange with the ticker symbol “MSP.”

The 1,600-employee firm on Tuesday filed its form S-1 with the U.S. Securities and Exchange Commission, a move that came just two months after Bloomberg said the Norwalk, Conn.-based company had filed confidentially for an IPO.

In the filing, Datto set a placeholder offering of $100 million. However, Renaissance Capital, in a Tuesday published report, estimated the total value of the IPO could be as high as $400 million.

As part of its SEC filing, Datto reported full calendar year 2019 revenue of US$458.8 million, of which 90 percent was recurring subscription revenue. For the year, the company also reported annual recurring revenue of US$474.7 million.

Datto also reported a full calendar year 2010 net loss of US$31.2 million along with adjusted EBITDA (earnings before interest, taxes, depreciation, and amortization) of US$84.6 million. For the first six months of 2020, Datto reported net income of US$10.1 million and adjusted EBITDA of US$63.9 million.

Datto in its filing said it counts over 17,000 MSPs in its partner base, including over 1000 MSPs who have contributed at least US$100,000 in annual recurring revenue.

Datto estimated that the SMB IT market, which is the key focus of the MSP community, to have a total spending of US$1.2 trillion in 2019, and growing at a compound annual growth rate of 4.6 percent through 2023, citing Gartner statistics.

The company, in a study it commissioned with third-party market research firm Frost & Sullivan, estimated there are 125,000 MSPs globally that accounted for about US$137 billion of the SMB IT market in 2019. It said that is a market growing four times as fast as the overall SMB IT market.

Datto said it has three primary areas of business.

The second, networking solutions, includes its collection of integrated WiFi access points and connectivity offerings that enable MSPs to offer cloud-managed networking to their SMB customers.

The third, business management solutions, includes its suite of integrated SaaS products for MSPs, including Autotask Professional Services Automation, or PSA, and Remote Monitoring and Management, or RMM, both of which help MSPs manage workflows and the delivery of end-to-end IT services to their customers.

Datto declined to provide further information other than what was in the S-1 filing.

However, Datto CEO Tim Weller, in a letter posted as part of the SEC filing, wrote that digital transformation has become a strategic imperative for SMBs, especially as current global events have intensified the urgency, complexity, and competition for technology expertise. As a result, SMBs are increasingly turning to MSPs to access and manage key technologies that were once only available to larger enterprises, and that MSPs as a result now manage well over 10 percent of the global SMB IT spend, Weller wrote.

“Datto’s integrated, cloud-managed platform is purpose-built to empower MSPs in serving SMBs. We secure, protect and provide access to mission-critical SMB data and applications supported by a line of business management tools for MSPs. In 2020, we have restored over 200 million SaaS objects, managed more than four million endpoints and supported over one million SMBs. We embrace being on the front-line with our partners,” he wrote.

Going forward, Weller wrote that he expects SMBs will adopt technology faster than ever as the world emerges from the COVID-19 coronavirus pandemic.

“We expect MSPs will help them more than ever. Datto will be there as technology creator, thought leader and support partner as they deploy new applications; navigate technology on-premises, in public clouds and in hybrids of both; and continue to defend against proliferating security threats. Our journey forward is as a leader in an ecosystem comprised of global partners, employees and other vendors that created our success to date,” he wrote.

O’Ryan Johnson contributed to this story.