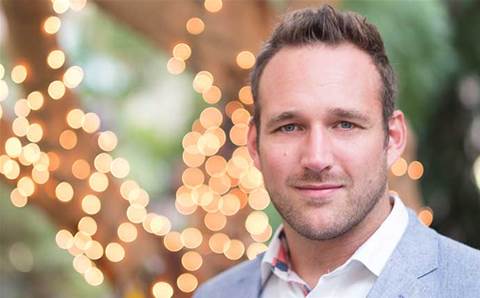 Announced today, the acquisition of Open Mesh for an undisclosed sum also marks the expansion of Datto Networking, positioned as an end-to-end networking solution that has been designed with small-to-medium enterprises in mind and delivered through a complete managed services provider channel play.

Speaking to CRN ahead of the acquisition announcement, Datto ANZ’s Bergl said the data protection vendor wanted to deliver end-to-end business continuity and continue to address a lack of education in the market around emerging IT hazards.

“The largest challenge that we've faced is around education, and that's education to the channel and then through the channel," he said.

"Through the channel is education particularly on the cost of downtime and what a modern day IT disaster is. It's not necessarily a fire, flood, or an earthquake. It's more like ransomware, which, since it first came about in 2013, has become rife. The end user often doesn’t understand why they need a business continuity solution in place.”

Bergl said that while many of Datto’s partners had business continuity plans in place, those capabilities were made up of different combined solutions.

“Looking at the vision for the future in terms of what other value could we bring to the channel, we identified that there was a gap in terms of the continuity story which was linked to networking,” he said.

“When we reached out to our channel partners asked them about their [continuity] space. They said, ‘Yeah, we're doing that today’, but it's cobbled together with multiple different solutions. There's nothing out there today that is designed specifically for an MSP with an MSP in mind, which is just simple to use, scalable, light touch.”

Bergl said the acquisition would address that space and deliver a new, streamlined solution.

“[Open Mesh] has been priced at a price point that SMBs can afford. With that in mind, the channel partner can use this solution to deliver uptime to their customers and focus their time on the value-added activities that their customers require, as opposed to having to manage backend systems,” he said.

“We're extremely excited by it. We've come off a really strong 2016, had exponential growth. Our partners are growing their businesses with the Datto solution and buying into our technology, our company, our vision. I really believe that the Open Mesh story is gonna help to complete that story to them in providing uptime and continuity for their customers.”

Datto celebrated strong growth in its Australian and New Zealand presence late last year, reporting a 174 percent increase in revenue in the 12 months to 8 December 2016, compared to the same period the previous year, while the number of Datto backup devices in the region grew by 600 per cent.

The global vendor’s Sydney base of operations has 10 staff and now boasts about 150 reseller partners, including recent sign-ons 360 Consulting, Addictive Technology Solutions, Base 2, centreRED IT, Geek, Interlinked and PowerNET.

With Open Mesh, Datto will work with MSPs to offer both 24/7 network availability as well as protection and data recovery services. The company said complete wi-fi networks with integrated 4G LTE failovers could now be deployed in a matter of minutes and managed through Mesh’s CloudTrax cloud management software environment.