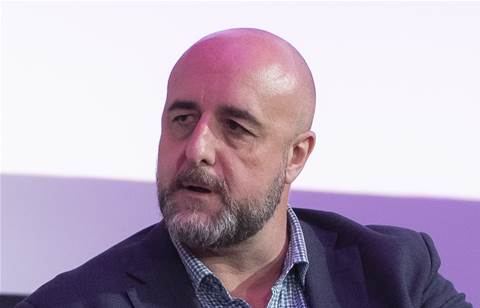 Australian software vendor Access4 has appointed Peter Eldon as its ANZ head of sales and marketing and Jane Bilsborough as head of channel marketing as it bolsters its channel expertise.

Eldon joins the company from Datto where he was channel manager for four years. He told CRN that the company was at a disruptive stage and in a place similar to Datto when he joined in 2017.

“With Access4 I saw a lot of similarities in terms of where they were in the market and that they were built and made for MSPs,” he explained.

“That was something I was really interested in finding a company where I could work with the community that I know and I love, without a bit of competing product.

“I wouldn't go out and sell against what I did previously, I wouldn't do that to my partners. So they ticked that box very much that they came out of an MSP, they are for MSPs, and that's what they do.”

Access4 specialises in unified communications management solutions for managed service providers. Its products facilitate the management of multiple clients and multiple applications. It also boasts integrations with Microsoft Teams amongst others. It has a channel-only sales strategy.

“The product, I saw a real need in the marketplace for it as well. So obviously, for the events we went through last year, when I talk to any end user or any yet managed service provider, the things they tell me that are important to them right now is security, unified comms and productivity,” Eldon said.

Strategically, Eldon said he would work with local MSPs to expand their sales beyond their company’s existing specialisation. Access4 currently supports 180 channel partners across ANZ and recently signed a distribution agreement with Rhipe.

“The end user is crying out for their trusted advisor to sell their voice and no one's really happy with their traditional telco provider,” he explained. “So the conversation for me is with our MSPs and it's a little bit aspirational. It's talking about what the opportunity is.”

Bilsborough told CRN that the opportunity to work with an Australian startup focused on local channel partners was appealing.

“I've had a varied marketing career where I've been everything from a dedicated channel marketing manager to a field marketing manager, but always following my alignment with the channel and my strength is in building that channel community. I love being sort of the challenger within the market and help grow that brand awareness,” she said.

As part of Bilsborough’s strategy, she is introducing marketing training into Access4’s partner program and assisting partners in an area that is a challenge for many.

“For me, it's looking at what will work for [a particular] organisation,” she explained. “Identifying and also working within their budget constraints. Also to try and get an understanding of what they're trying to achieve. Do they want to find new customers, or are they looking to enhance funding, or increase the usage volume within the existing customer database? So there's always a different play there.”

The double appointment marks the beginning of a new go to market strategy for the Melbourne-based software provider which also plans to release a new channel program halfway through the year.