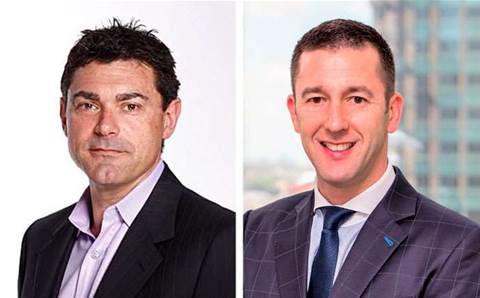 Dave Stevens has stepped down from his role as managing director of Brennan IT and handed the reins to Stephen Sims.

Sims yesterday stepped up from his role as general manager of sales and marketing to officially become chief executive of Brennan, only the second chief in the company's history.

Dave Stevens founded Brennan in 1997 and has grown it into a household name in the Australian IT industry. This reputation was evident when Brennan was last year voted the inaugural 'CRN Fast50 Icon' by the fifty resellers in the 2014 awards.

Stevens remains executive chairman of Brennan IT, with a focus on mergers and acquisitions.

The succession strategy has been in the works for the past few years, with Sims doing an executive program at Stanford University in 2013. The plan firmed up over the past six months.

"It was time to pull the trigger," Stevens told CRN

The handover comes after Brennan IT cracked $92 million of revenue in the 2015 financial year, a rise of 20.7 percent year-on-year. The IT service provider reported pre-tax profit of $4.8 million and net profit after tax of $3.4 million, according to its annual report lodged with corporate regulator ASIC.

The biggest growth was in Brennan's product business, which was up nearly $10 million year-on-year, with IT services, voice and data and telephony also rising.

The Sydney-headquartered company is well on track to smash through the $100 million barrier in 2016, said Stevens.

"We had a blue ribbon year last year," he told CRN, singling out Brennan's Victorian operation and its voice and data business as star performers.

Brennan IT has had an enviable rise to the top, expanding from a small business to now boast more than 350 staff, collecting a swag of awards in the process.

There have been plenty of milestones. "We were pretty humble in 1997; we are talking about a dozen employees in the first year. We steadily grew through the dotcom boom and bust - that was the first milestone - then Y2K, then the GST was big for the midmarket with updated accounting systems. Then we had the boom of DSL, that was the next wave that allowed companies like us to take on the big providers like Telstra and Optus," said Stevens.

Cloud was the most recent industry milestone, "and we are waiting for the next one".

Sims joined Brennan IT in 2006 after more than five years with UK-based telco provider MCI WorldCom, which was acquired by Verizon.

When he started with Brennan IT, the company was "predominantly technically led"; Sims was responsible for "creating the sales team from scratch", he said.

"When I first joined, we didn't have a sales and marketing department. The business was significantly smaller and was predominantly technically led. Dave is a technical guy and that was the direction. I came on board to change that and take it to the next level of growth."

The new CEO is ready to stamp his mark on the company, with Sims informing customers yesterday of his "client satisfaction" vision.

"I am from a customer service background. That is what I am passionate about. I sent an email to all our clients today and that is the first thing I talked to them – the client satisfaction vision and that is what I will be focused on delivering. Wowing our clients with every interaction, being nimble and flexible and putting ourselves in their shoes – to surprise and delight them on continual basis," Sims said.