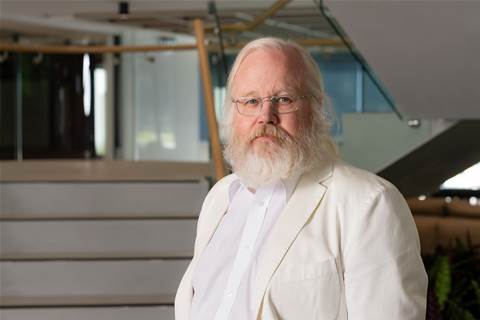 Dicker Data chairman and CEO David Dicker said he would “certainly be interested” in expanding the distribution company into new international markets – if the right opportunity came along.

Speaking in an interview with CRN following the release of the company’s HY21 financials, Dicker said that if the right opportunity arose, he’d “love to move outside the ANZ market”.

Such an opportunity would likely take the form of an acquisition, he stated. Although he made it clear he’s happy to play the long game.

“We’d certainly like to move outside of this market but you've got to find the opportunities and it's not easy,” he explained.

“It’d almost certainly have to be an acquisition because vendor access is the name of the game in distribution. You're not going to be able to go to a market and just get access because the vendors have already usually got guys there that they're reasonably happy with.

“I'm not really that strong on acquisitions – although I’ve done two of them – but it really just depends on the deal. I like the organic approach, to be honest, but if there's a good deal and you can make it work then for sure, go with it.”

Dicker Data recently expanded its presence across the Tasman with the acquisition of New Zealand distie Exeed, to complement its acquisition of Express Data in 2014.

Dicker outlined how these buyouts reflect what he sees as the best approach to expanding through acquisition.

“You’ve just got to wait for the opportunities to come up because you'll get a phone call one day and then you'll be onto something, and maybe you can make something out of it,” he said.

“We tried to buy Express Data for four or five years – and Exeed. I think we actually bought Exeed on the fourth attempt, so we'd had three previous attempts to buy it over the years. So it always takes time and you’ve got to do a good deal, it's no good just doing any deal.”

“Vlad (Mitnovetski, Dicker Data COO) and everyone, they know how to deal with it ... These chip shortages have been around since I started in the 70s, they’re just things you have to navigate,” he said.

“They're always nearly always written up to be much worse than they turn out to be and they tend to end quicker than people expect them to. It's our response relative to our competitors that is more important to me than the response in absolute terms, and I think we do pretty well.”

Steadiness comes across as highly important to Dicker in the interview as he also downplays much of the hype around digital transformation.

“[It is] a transformation, a gradual metamorphosis, whereas [the personal computer] was a complete revolution ... Now, it'd be like, going from Model T to a Ferrari – they're much better cars, but it's still a car. You've already made the brakes, you've got roads and you've already got the basic thing in place. Whereas before it was like moving from horses to cars, just a complete revolution.”

The new multi-million dollar Kurnell, NSW headquarters is a representation of the success the distie has seen with the organic, steady growth approach, and Dicker said there are already plans to expand the warehouse.

When it comes to future plans, aside from keeping an eye on opportunities for expansion, Dicker said the company will “Just continue to do what we're doing, trying to improve each year. Not try to go overboard and just be steady, which is really something we've been doing for a very long time.”

Today, Dicker Data announced that David Dicker has sold 2.74 million of his shares in the company, leaving him with just over a third of the company's shares on offer.

According to reporting by the AFR, the shares were sold as a $42.2 million parcel, equalling $15.40 a share.

Grow your software revenue by selling these 5 affordable, essential tools for the modern workplace
By Ben Moore
Aug 27 2021
12:05PM