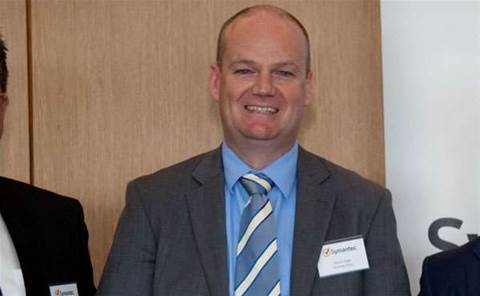 David Gage has resigned as managing director of Westcon-Comstor after 12 months running the distributor's Australian business.

APAC director of vendor alliances Phil Cameron will step into the managing director role. Cameron has been with Westcon since 2014, following a career that included IBM, CA Technologies and Lenovo.

Gage joined Westcon in March 2017 after a distinguished career in the IT channel, and his resignation comes as the distributor closes its 2018 financial year.

In his previous role, Gage led Microsoft's small and midmarket solutions and partners (SMS&P) business from November 2013 until he departed in November 2015.

After departing Microsoft, Gage was involved in consulting services for various venture capital and private equity firms investing in the Australian IT industry.

Prior to that, he was chief executive of distributor Express Data from 2011 to 2013 before it was acquired by Dicker Data in 2014.

Speaking today about his impending departure from Westcon, Gage told CRN he was pleased with what he had achieved over the past 12 months, including gaining market share and "improving partner and vendor focus through the restructure of the business and internal cultural change".

Gage said he would will remain with the distributor for a few weeks for a handover and that he expects to remain in the industry.

His departure means the major Cisco distributor will now have its fifth Australian leader in five years.

After the departure of David Henderson in 2013, the distie was overseen by Wendy O'Keeffe in her role as vice president of APAC until July 2014, when Westcon New Zealand managing director Dave Rosenberg took on a trans-Tasman remit.

Rosenberg returned to the NZ job in December 2016, and was replaced by Gage, who has now been succeeded by Cameron.

Westcon-Comstor has undergone major upheaval across the globe over the past year. It was under scrutiny from parent Datatec over a troubled SAP integration that hurt FY2017 results.

Datatec then split the company in two, selling 100 percent of Westcon's Americas business to rival distributor Synnex Corp, which also acquired a 10 percent stake in two other regions, Asia-Pacific and Europe, the Middle East and Africa.

Speaking to CRN in June, Gage said he was excited about the future prospects for Westcon-Comstor Australia following the Synnex deal, whose 10 percent stake in Asia-Pacific included Australia.

"The 10 percent stake is significant in that it shows Synnex Corporation believes in Westcon-Comstor’s global footprint as well as our transformational journey; the potential for further value creation; and in establishing a pathway for them to expand beyond the Americas," Gage said at the time.