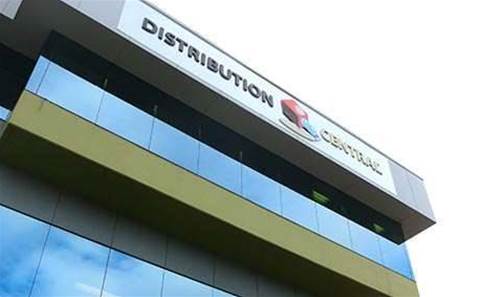 Distribution Central (DC) is building out its data centre unit with a new name and up to half a dozen new vendors on the horizon.

SAN Systems, which DC launched six years ago around anchor vendor NetApp, has been rebranded as Fusion Systems to reflect a greater focus on the whole data centre, not just storage.

DC managing director Nick Verykios said that DC would reveal at least three and as many as six new vendors in the next two months, to fill in gaps in DC's offer, such as flash, virtualisation, and power and cooling.

The distie is hiring four more roles for the unit, which currently employs around 28 staff. It will continue to be run by general manager Steve Jones.

Verykios hopes the Fusion Systems strategy will preempt a much-needed infrastructure refresh across customers. "The applications that the ultimate customer needs have to solve their business problems have to run on new technologies. They can't run on the old technologies. it make old technologies redundant."

DC already supplies certain applications, such as security software from its Firewalls Systems unit, however, it expects to dramatically increase the number of SaaS vendors it can supply to customers through an expansion of its DC CloudSelect Marketplace.

In fact, the distie's catalogue will even include vendors that it doesn't represent; Verykios said the company is currently negotiating with vendors and distributors to get their products into its marketplace.

"The DC CloudSelect platform is being reinvented right now. [Distribution Central executive chairman Scott Frew] is recreating the platform, which we will put into sandbox this month and we are doing some beta testing with five resellers this month, so that we can not only attach the technologies that we already have but a marketplace that will bring in about 30 or 40 other vendors," said Verykios.

DC is increasingly providing its resellers with bundled solutions as part of PODs (product on demand), such as NetApp private storage hosted on Equinix racking on the Amazon Web Services cloud.

He hinted at plans for this solution, which was launched last year, to expand beyond AWS to Microsoft Azure. "It could be anyone with compute in the cloud and can have direct connect to the storage – that's the important thing."

Other PODs include RecoveryPOD, combining CommVault, NetApp and Fujitsu, and vShape, aggreting Fujitsu, NetApp and Brocade.

For Verykios, this aggregation model is the future for distribution, providing its channel with approved reference architectures for complex technologies, already tested and integrated, which he said would save resellers time and money.

As part of the Fusion Systems launch, the distributor has also revealed a new channel program, dubbed LEEP – 'Land' the deal, 'Expand' and upgrade with new features, 'Extend' and cross-sell and 'Protect' with licensing and maintenance renewals.

Through LEEP, DC will provide its reseller community with tools to help get more business out of the technology lifecycle. It leverages the iAsset platform developed by DC executive chairman Scott Frew.

"DC offers its partners the ability to continuously engage with their customers through its systems, channel services and technologies delivered through its business units – Firewall Systems, Vivid Systems and Fusion Systems," said Verykios.