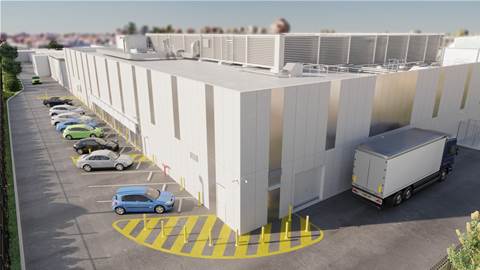 The facility will be built on land the company purchased in northern Adelaide at Technology Park, Mawson Lakes.

This announcement builds on the company's commitment to investing in the region earlier this year.

Additionally, ADL02 at Kidman Park will be increased to 5.4 MW, an increase of 4 MW. DCI claim this facility will set industry-leading benchmarks for water and energy efficiency.

“South Australia has been successful in attracting global defence, space, high-tech and creative industries. In fact, this state is home to the nation’s defence industrial complex - a world class precinct. Industries like Defence go hand in hand with digital infrastructure, which in turn makes this state a critical data centre region and supports a thriving digital infrastructure ecosystem.”

The investment and infrastructure creation is set to accelerate growth within the state as well as create and sustain jobs within the IT and cyberspace industries according to South Australia Premier, Steven Marshall.

“South Australia currently has more people employed in the State than ever before and investment such as this from DCI is going to help us sustain and create even more jobs,” said Marshall.

“Data centre investment attracts IT workloads to our state and complements our already thriving defence industry. We also know that more revenue and jobs are created with digital infrastructure investment. This investment will stop these jobs being exported interstate,” he said.

Stephen Patterson, minister for trade and investment, commented on the opportunity for attracting investment and growth within South Australia.

"Investments like this will further build the hi-tech ecosystem in South Australia and drive sustainable and long term careers in our great state, which in turn attracts interest from other global players”

Grow your software revenue by selling these 5 affordable, essential tools for the modern workplace
By Tom Duvall
Sep 1 2021
7:10AM