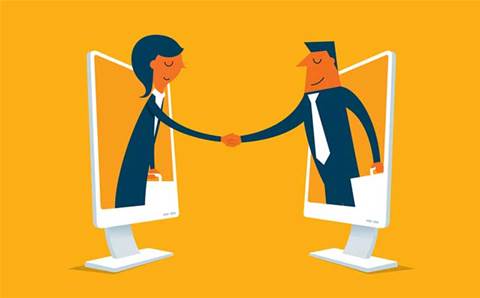 Ingram Micro's recently launched cloud referral program received a massive shot in the arm when Microsoft opted to sunset a very similar program of its own.

Nearly 90 percent of the couple hundred US-based Ingram Micro partners taking advantage of the distributor's commission-based cloud referral program came over from the discontinued Microsoft Advisor effort, according to Jason Bystrak, executive director of Ingram Micro Cloud for the Americas.

Ingram Micro launched its referral program at the 2016 Cloud Summit in April, offering 14 percent commissions on revenue brought in until June 2017 and 7 percent commissions thereafter, Bystrak told CRN USA at the distributor's ONE conference. Three months later, Microsoft announced that payments for its Advisor program – which had offered commissions of 3 percent – would be terminated 1 October.

As a result, a massive number of partners with large Office 365 referral practices brought those seats over from Microsoft direct to Ingram Micro during August and September, Bystrak said. The distributor is now seeing a second wave of partners with smaller Office 365 referral practices adopting Ingram Micro's cloud referral program thanks to extensive sales and marketing efforts, according to Bystrak.

Bystrak on Tuesday said Ingram Micro's flexible platform had expedited this process since it allows partners to reassign seats to the distributor with only a couple of mouse clicks. Bystrak said Microsoft was pleased that Ingram Micro has taken over some of its referral business since the vendor had been looking to transition out of directly supporting end users due to support and attrition challenges.

The distributor's referral program enabled partners to take advantage of cloud opportunities within their existing customer base without having to build out a dedicated practice, said Vice President of Global Cloud Renee Bergeron.

Under Ingram Micro's cloud referral program, resellers can market and sell cloud services through customised banners and links on their own websites. But the distributor will leverage its own employees to close the deal, migrate the end user to cloud, and invoice the client on a regular basis.

Bystrak acknowledged that providing cloud support and services of their own was a more sustainable business model for solution providers in the long term. Some partners, though, lack the resources to support existing opportunities in the cloud, and Bystrak said Ingram Micro's referral program would enable them to fulfil the client's request while receiving some compensation.

In the long term, Bystrak expects Ingram Micro's cloud referral program to support different types of channel partners such as consultants, systems integrators and telecom agents that aren't in the business of providing managed services. Bystrak acknowledged that Ingram Micro was still in the early stages of reaching new types of channel partners by spending time at events that support these communities.

"They don't know who we are," Bystrak said. "They're not a typical Ingram customer."

Ingram Micro's cloud referral program only supports Microsoft today due to the technical and support alignment needed to onboard additional vendors, Bystrak said. But the distributor expects to roll out additional cloud referral vendors in the first part of 2017.

Once that happens, Bystrak said Ingram Micro will achieve its major competitive advantage of operating in a multi-vendor environment. As more vendors are added, Ingram Micro will be well-positioned to support its partners' overall cloud referral business rather than force them to deal with some vendors on a case-by-case basis.

One services provider, Excel Office Services, has long provided print services, but has been pushing to get more into cloud and managed services, according to chief executive Brett Butler. The company wants to leverage Ingram Micro to grow its base of monthly recurring revenue and leverage existing platforms to deliver more services, Butler said.

"We want to be in the services business," Butler said.