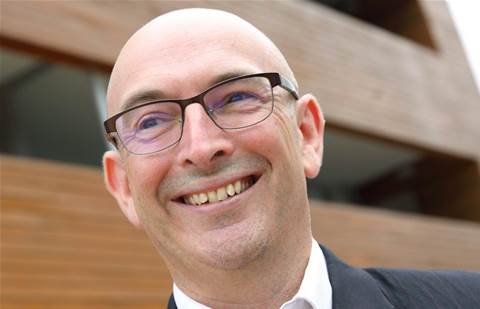 US cybersecurity vendor Attivo Networks is expanding into Australia and New Zealand with former Malwarebytes regional director Jim Cook at the helm.

The company sells a portfolio of threat detection products that utilise deception technology, which prevents attackers from causing further damage once they’ve accessed a network.

Cook served as Malwarebytes’ regional director for Australia and New Zealand from September 2016 until his departure last month. Prior to that, Cook was country manager for Fortinet and national sales manager for Check Point Software.

In his new role, he’ll be responsible for educating the markets about deception technology, in addition to recruiting new customers, partners and managed service providers. Cook told CRN that Attivo is a 100 percent channel-focused organisation and is actively recruiting for security specialists in the region.

“Our ambitions for the region are to simplify the detection and response to criminal activity inside the network and to highlight the benefits of deception technology to organisations of all sizes,” Cook said.

“We know that we can reduce operational costs because of our high fidelity alerts and simple set up and significantly reduce dwell times for malware and cyber criminal activity.”

Attivo also hired Cybereason’s former regional sales engineer Vlado Vajdic as its solutions engineer. In his new role, Vajdic is responsible for “helping organiations understand the risks associated with in-network attacker lateral movement as well as visibility into attack paths and attack surfaces that intruders will exploit to advance a successful attack,” according to an Attivo press release.

The company added in its press release that it would look to capitalise on the opportunity around the rise of data breaches in Australia. Attivo cited a report from the Office of Australian Information Commissioner which said the number of data breaches in the second quarter of 2019 rose 14 percent to 245.

Eliminating departmental friction within MSPs
By Brendon Foye
Oct 1 2019
6:41AM