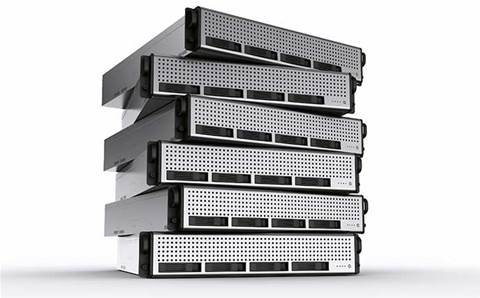 Organisations around the globe are increasing their investment in data centre technologies that eliminate inefficient silos and support business-centric decisions rather than infrastructure-centric decisions, according to research firm IDC's first quarter 2018 market share data report.

The worldwide converged systems market increased sales by 20 percent year over year to US$3.2 billion during the first quarter of this year. The increase spending on converged solutions was driven by businesses seeking to "reduce the complexity of data centre infrastructure and allow IT teams to focus on high-value business projects," said Eric Sheppard, research vice president for server and storage infrastructure at IDC, in a statement.

Dell EMC, VMware, Hewlett Packard Enterprise, Nutanix and Cisco led the converged market which is on pace for a record sales year.

The certified reference systems and integrated infrastructure market generated US$1.3 billion in revenue during the first quarter, a one percent year over year decline, representing 42 percent of the total converged systems revenue. Sales from hyper-converged systems grew 76 percent to US$1.2 billion, accounting for 38 percent of the total market. Integrated platform sales increased one percent year over year, generating US$621 million in sales, accounting for 20 percent of the converged market.

Dell EMC was the market leader for the first quarter at 48 percent share with revenues of US$641 million, representing flat sales and share growth year over year. Cisco and NetApp - which jointly develop FlexPod - placed second at 34.6 percent share, up from 29.3 percent share one year ago.

Converged revenues for Cisco and NetApp reached US$462 million, an increase of 17 percent compared to first quarter 2017. Hewlett Packard Enterprise took home bronze at 7.9 percent market share, a significant drop from the 13.6 percent share HPE had in first quarter 2017. HPE converged revenues steeply declined to US$105 million, representing a 42 percent drop in sales year over year.

Hyper-converged systems based on brand of HCI solution

Hyper-converged systems, based on owner of HCI software

In terms of software ownership of hyper-converged systems, VMware took home gold with 37.2 percent share, up from 31.3 share in first quarter 2017. Revenues from VMware topped US$456 million, up 110 percent year over year. Nutanix placed second with US$399 million in software revenues, up 85 percent compared to the same quarter one year ago.