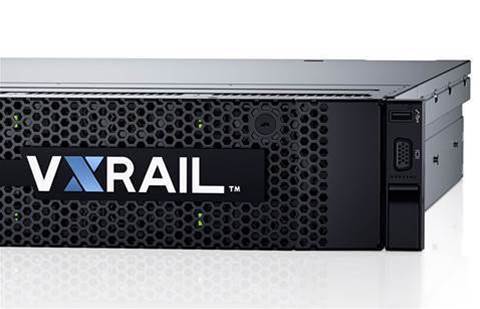 The value proposition of converged solutions has evolved to align with the needs of a hybrid cloud world, according to Eric Sheppard, research vice president of Infrastructure Platforms and Technologies at IDC. “Modern converged solutions are driving growth because they allow organizations to leverage standardised, software-defined, and highly automated data center infrastructure that is increasingly the on-premises backbone of a seamless multi-cloud world,” said Sheppard.

With global hyper-converged sales now accounting for around 47 percent of the total converged systems market, Dell has been innovating rapidly with VMware in the space. VxRail, which is jointly engineered alongside VMware, is the foundation for the company’s bullish Dell Technologies Cloud architecture. VxRail enhancements this year includes new systems based on the latest Intel and PowerEdge server technologies. Although facing stiff competition from Hewlett Packard Enterprise, Dell remains the worldwide leader in servers and storage.

Cisco has been the worldwide network leader for decades and launched its flagship HyperFlex hyper-converged system in 2016. The company has consistently been enhancing the platform to accommodate a multi-cloud world including forming several technology partnerships with the likes of Veeam and Nexenta Systems. Cisco is doubling down on artificial intelligence and machine learning innovation to boost both its networking and HyperFlex strategy moving forward.

VMware is the worldwide leader from an HCI software ownership point of view, with systems running VMware hyper-converged software representing US$694 million in total second quarter vendor revenue. In terms of HCI software, VMware owns 38 percent of the worldwide market, up from 33.7 percent during the same quarter one year ago.

VMware, which is part of the Dell Technologies family of brands, owns a slew of hyper-converged software products with its flagship being vSAN. The virtualisation superstar has been on an acquisition spree this year, acquiring a slew of companies to boost its software, networking, security and containers strategy including Carbon Black, Avi Networks and Pivotal Software. At VMWorld 2019, VMware CEO Pat Gelsinger said his company will be “the leading enabler of Kubernetes.”