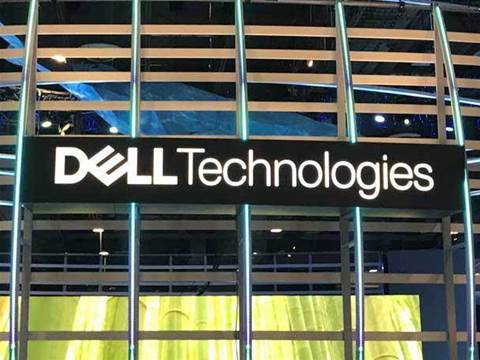 Dell Technologies is delaying the launch of its highly anticipated new midrange storage system—which will replace popular Dell products such as SC Series, Unity and XtremIO—until US spring (March - June).

In a statement to CRN USA, Dell said the delay of the new microservice-based, container-based storage architecture is partly due to feedback from customers who participated in an early access program before the product was to become generally available.

“Based on the opportunity to address feedback from our early access program and the fiscal year-end selling cycle on existing storage deals, we made the decision to launch Midrange.next general availability this spring,” the company said in a statement to CRN USA. “Ahead of the launch, we’re gearing up by educating our sales force at several annual global and regional events.”

Dell did not provide an official launch date for the new storage product other than saying it would be generally available this spring. However, the company’s largest event of the year, Dell Technologies World 2020, will be held this spring from May 4 to 7.

Dell’s new midrange storage line, currently dubbed Midrange.next, has been in the works for over 14 months. The worldwide storage leader initially said the midrange storage product would be launched by the end of the company’s fiscal year 2020, which ended 3 February, 2020.

“When they are ready to migrate to the platform, we have designed the offering to allow them to do so quickly and seamlessly from Dell EMC storage products including VNX, SC Series, PS Series, Unity and XtremIO,” said Dell. “It’s an important moment in the industry, and we’re excited by what the product will offer our customers.”

Beta customers have been taking part in Midrange.next’s early access program since fall 2019 and feedback to date has been “very positive,” according to Dell Technologies founder and CEO Michael Dell.

“It’s a very important release to us,” said Dell in an interview with CRN USA in December. “We haven’t said too much about what’s coming, except to say we’re super excited about it. We’ve got beta units out there. The feedback from customers has been very positive. You’ll hear more about it very soon.”

Although exact details around the storage offering have been limited, Dell Technologies vice chairman Jeff Clarke previously described it as a microservice-based, container-based architecture.

One top solution provider executive from a Dell Technologies partner said although he was first concerned when Dell didn’t announce the new midrange storage line by the end of its fiscal year, tweaking the product based on initial customer feedback was the correct thing to do.

“I’d rather be selling a product that works 100 percent, is best optimised [and] has the best performance possible for my customers rather than selling a new storage system and then them coming back with issues—whether those be minor or major,” said the executive, who declined to be identified.

The executive said his company's Dell EMC storage sales were up 15 percent to 20 percent in 2019 compared with 2018 thanks in part to growth from VxRail, which is Dell and VMware’s hyperconverged infrastructure offering.

One question still top of mind for Dell's channel partners is just how seamless it will be transitioning customers to Midrange.next. “That’s the big question still left I, think—just how easily can we switch customers from Unity to the new product,” the executive said. “I have faith that Dell and Jeff [Clarke] will make that a top priority.”

Dell Technologies has been the worldwide market-share leader in storage for years.

For Dell’s recent third fiscal quarter, the company generated US$4.1 billion in storage revenue, up 7 percent year over year.

“Dell Technologies remains the undisputed storage leader, and we’re continuing to take share and drive momentum in key storage categories over the past eight quarters,” said Dell in a statement to CRN. “In Q3, our storage business grew 7 percent, and over the past two years, we’ve taken 375 basis points of storage share.”

Cloud application revenue made easy
By Mark Haranas
Feb 21 2020
6:49AM