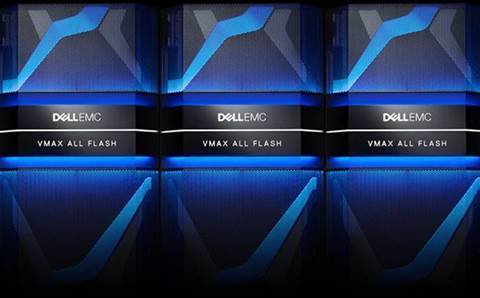 Dell EMC World, the recently integrated vendors' first conference, is continuing the decade-plus tradition set by EMC World to be a platform for showcasing the future of storage technology.

And for Dell EMC, which after its historic merger became the world's largest storage vendor, the future of storage is anchored on software capabilities and the hybrid cloud.

To maintain Dell EMC's No. 1 position in storage, the company has continued to innovate its storage technology, said Sam Grocott, senior vice president of marketing for storage and data protection.

"Whether it's across the core tenets of the modern data centre, scale-out, software-defined storage, next-generation flash technologies and converged offerings, we continue to demonstrate rapid innovation that is meeting our customers' ever-evolving needs," Grocott told CRN USA. "It's been full speed ahead on innovation."

Grocott said that nearly every Dell EMC storage product is being refreshed with new hardware and software. At the high end, Dell EMC is introducing the VMAX 950F, the new ‑ flagship of its all-flash enterprise storage array family. New is a 68 percent increase in the performance as measured by IOs per second, as well as a 30 percent increase in response time.

Also refreshed is the Unity all-flash midrange array line with four models that take advantage of new CPU and memory capabilities. They offer 16 times the storage density and a 30 percent performance improvement over the current generation, and they can handle a maximum ­file size of 256 TB compared with the current 64 TB. Installation takes less than 10 minutes, Grocott said.

On the unstructured data side, Dell EMC is introducing a new architecture called Infinity to its Isilon storage line, which offers a 6X improvement in IOs per second performance and an 11X improvement in throughput. The new Infinity architecture brings Isilon its ­first modular scale-out storage system that includes separate compute and storage nodes to allow compute and storage to scale independently of each other within a single chassis. The company is also introducing the first all-flash Isilon offering.

"It will allow customers to go from install to backup in less than three hours, which is a signi­ficant improvement from what they need to do when they buy traditional backup and recovery from any vendor today," she said.

DDVE, which was released last year, currently runs in on-premise cloud environments, but some time in the second quarter will also run on Azure and AWS clouds. DDVE eventually will be able to run in any cloud environment, she said.

Telecommunications Services
By Joseph F. Kovar
May 9 2017
9:38AM